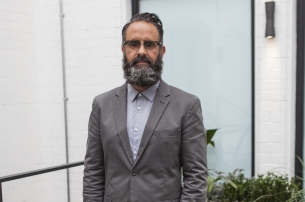 VCCP has announced the hiring of Andy Booth as Creative Director. Andy joins VCCP from Red Bee Media, where he oversaw all television, print, digital and social campaigns for the BBC, in his role as Group Creative Director.

At Red Bee Media, Andy worked on campaigns including Eastenders and The Voice, as well as writing and directing the BBC World Cup campaign. During his time there the agency also picked up a host of awards including Best Creative Agency in Europe and Best Client for the BBC.

Prior to this, he was at AMV BBDO working on clients including Galaxy, EDF Energy, Heinz and The Museum of Childhood, and previously produced D&AD Pencil winning work at 4creative.

Booth says, “It was a huge privilege working on the BBC, but VCCP is an agency I’ve admired for a long time. Most clients would give their right arm to work with them, and rightly so. It’s difficult to ignore an opportunity to work with the people that have been making it happen there and the clients that believe in them.”

Andy will report into Darren Bailes, Executive Creative Director, who adds: “As VCCP grows at home and internationally, we will continue to strengthen our creative output with people who can spot a great idea and make it happen. That's Andy, and it’s brilliant to have him here. “