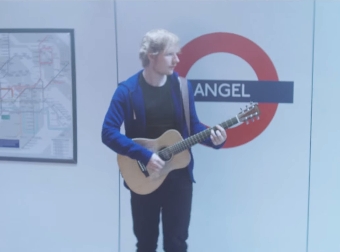 Grand Central's Ben Leeves created the sound design for the film: "VCCP producer Ed Mueller first mentioned this to me less than a fortnight ago - it was an incredibly quick turnaround from from shoot to on-air. The creative tells the story of Ed Sheeran’s meteoric rise to success, from his bedroom to Wembley Stadium, where he will be finishing up his X tour next June. In 60 seconds. In one take! "