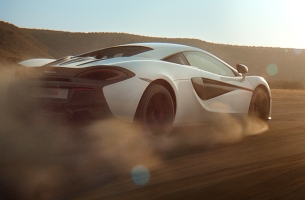 Shot in The Tabernas Desert in Spain, VCCP and McLaren’s latest film showcases their groundbreaking new sports car, the 570s.

We watch as the sun rises on the horizon, burning, imposing and seemingly growing before us. The 570s races towards it, fearless, effortless, and as it gains momentum we see the power shift. The engine booms with ferocity as we recognise a truly game-changing moment in the automotive history.

The film launches online in the UK, Germany and the US and is supported by digital and social.