VCCP Captures a Blizzard of Loneliness for Macmillan Cancer Support 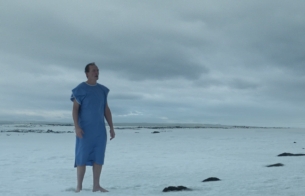 This week sees the launch of the latest brand campaign for Macmillan Cancer Support, created by VCCP, which builds on the charity’s proposition that no one should face cancer alone.

Despite the fact that nearly all of us will be affected in one way or another, cancer can be a very isolating place. This powerful insight has been heard time and time again from people living with cancer. Macmillan and VCCP have captured the essence of this and used the metaphor of the loneliest place to develop this latest campaign.

The national, fully integrated campaign is comprised of two 60 second TVCs, with 30 second cutdowns, and large scale digital, social and OOH, and an online hub, The Source. The campaign focuses not only on the traditional services offered by Macmillan, but also aims to inspire millions of people to become part of the solution and help to improve the lives of everyone living with cancer.

The two TV spots – Blizzard, which launches on 12 January, and Mist, which launches in March – aim to show two people dealing with cancer, David and Claire, in their individual lonely places.

In Blizzard, David appears lost and alone in a harsh snowscape when suddenly a Macmillan nurse appears, asking, “Are you OK?”, her voice bringing him back to the present time and place. He appears visibly comforted – the nurse representing all the Macmillan services in place to support those who are dealing with cancer.

In the second ad, Mist, Claire is stranded on a misty moor. She is just about to give up, huddled on a rock in the rain, when a friend appears, again asking, “Are you OK?” Claire finds herself in a warm bustling café, talking with her friend. The end voiceover asks people to reach out and support someone they know with cancer.

This second campaign, launching in March, is part of a new strand of work that focuses on Macmillan’s ambition to not only improve the lives of everyone living with cancer, but to inspire millions of others to do the same. Macmillan is providing advice and inspiration for those wanting to become part of the solution. This part of the campaign makes use of a number of different media including OOH and digital. These aim to showcase stories from real people with cancer who had a friend reach out to them, explaining what a difference their support made.

Carly Wilson, Head of Brand Advertising and Campaign Integration says, “We’re really excited about this development of our Not Alone campaign. As well as creating cut through in such a busy marketplace, we hope it will help us engage with a new audience and encourage them to reach out to someone they know with cancer. Our new digital hub, The Source, is full of great tips and inspiration to help people do just that. With 2.5 million people now living with cancer in the UK, it’s vital that we inspire people to support each other as well as support Macmillan to continue to grow our services.”

Adrian Coleman, Group CEO of VCCP Partnership says, “This is the third installment in our ‘Not Alone’ campaign, which has already proved very successful in driving brand fame.

The latest work aims to build on this success by bringing to life how Macmillan can help people feel less isolated as a result of cancer, in a simple but powerful way.”