Agency will launch new campaign for the Crossland X SUV 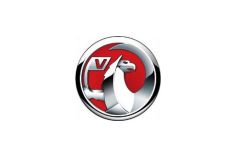 Vauxhall Motors has appointed Mother London to create the launch campaign for the Crossland X, its all-new SUV, as their first project.

The Crossland X will appeal to buyers with families who demand agility and convenience in urban driving, but with enough comfort and performance to cover long distances. The vehicle is set to grow Vauxhall Motors’ share of the burgeoning SUV and crossover market when it goes on sale this summer.

Simon Oldfield, Marketing Director for Vauxhall said, “Mother London adds a further dimension to our agency team. For this all-new model in our range we wanted new insight on the car’s likely customers and a fresh approach to the creative. The SUV segment is fast growing with many new product entrants, each with their own story to tell. We need to create standout in this crowded space and in doing so, give fresh impetus to the Vauxhall brand to boot.”

Katie Mackay, Head of Strategy at Mother London added, “Vauxhall has a long and rich history of culturally-resonant campaigns that reflect the best of Britain. We're delighted to be shaping the next chapter and look forward to leveraging the Crossland X launch to transform latent love into action for the brand."

McCann Central, Vauxhall’s retained advertising agency, is at the same time, creating the launch campaign for the new flagship Insignia which also launches in the summer.

A separate agency review is currently underway for Vauxhall Motors’ marketing services account covering CRM, POS, print and retail marketing. McCann Group (including MRM Meteorite), Geometry Global, Oliver and Graymatter are pitching for the business. The RFQ was issued to agencies on 12 December 2016. The successful agency will be announced by May 2017.