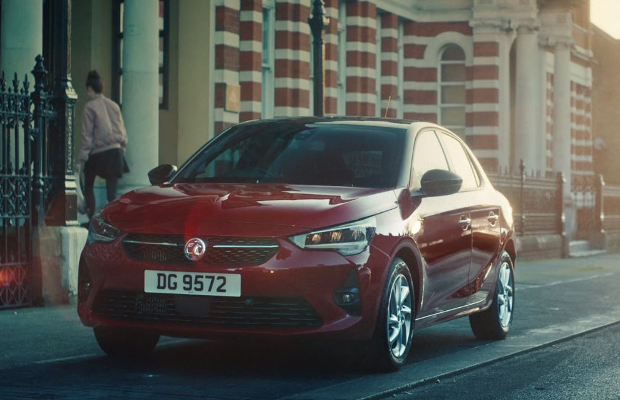 Vauxhall Motors is challenging misconceptions in its latest marketing campaign for the all-new Corsa, which will air from Wednesday 5th February.

The inspiring and bold campaign pays tribute to people from all walks of life who are defying common misconceptions every day. The narration throughout the advert encourages the audience to look beyond the labels, switch up their perceptions and live by their own rules with the all-new Vauxhall Corsa.

The TVC begins with a young girl sitting in the all-new Vauxhall Corsa. She looks to the camera and says ‘Some people say I’m too young to have a voice’ before the camera follows her inside, where she stands front and centre on the town hall stage, addressing the audience.

The ad then cuts to a close up of a young man in a hoodie walking past a police car. He says ‘Some people say I’m just out to cause trouble’, before removing his hood and stepping onto an astroturf pitch, where he begins to couch a local youth football team.

The scene switches to a young woman, who says ‘Some people say I don’t belong here.’ before revealing her driving an all-new Vauxhall Corsa police car on patrol.

The camera cuts to a close up of a man in his late 60’s. We hear the words ‘Some people say my best days are behind me’. The shot zooms out to reveal him leaving a registry office with his newly married husband on his arm. Confetti is thrown by friends and family as an all-new Corsa awaits them at the bottom of the path.

In the final scene the camera cuts to a woman driving an all-new Corsa. ‘Some people say I could do better than a Vauxhall Corsa’. The camera pans out to reveal the driver in a cityscape before she states ‘But who wants to be ‘some people’.

The all-new Vauxhall Corsa is at the forefront of Vauxhall’s New Rules Britannia brand positioning, which celebrates the unique and diverse melting pot of the UK, and champions customers who are unashamedly themselves, challenge existing perceptions and make their own rules.

Patrick Fourniol, marketing director, Vauxhall Motors said: “The latest TVC for the all-new Corsa highlights that we are so much more than other peoples’ perceptions, and Vauxhall is no different. The all-new Corsa heralds the next step in our brand journey and we want to champion people who make their own choices, buy what they want, and do not let themselves be defined by others. We want to encourage them to ‘Switch It Up’ and live their lives by their own rules.”