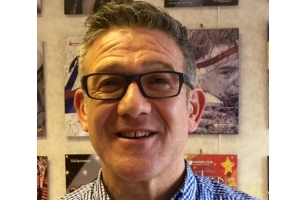 Variety, the Children’s Charity has announced today the appointment of Keith Yonish as Marketing and Commercial Director. Keith joins the charity from APL Media, where he held the position of Director of Creative Content and Partnerships for over a year, and will assume his new role this month.

Jason Lewis, Chief Barker of Variety, the Children’s Charity, said: “We’re really excited to have Keith on board at Variety. His deep knowledge of media and commercial partnerships will be invaluable to the team, bringing a wealth of marketing expertise to the charity.”

Prior to his position at APL Media, Yonish held the roles of Head of Innovations at Trinity Mirror’s in-house cross-media creative solutions department, and Director of Creative Solutions at Time Inc, as well as ESI media. Over this period, Keith was involved in several award-winning brand and sponsorship campaigns for a vast array of companies, charitable organisations and government departments, including Lidl, Tesco, Department of Work and Pensions, Unilever, Prostate Cancer UK and Age UK.

Keith Yonish, newly appointed Marketing and Commercial Director at Variety, the Children’s Charity, said of his new role: “I’m absolutely thrilled to join Variety, the Children’s Charity, having been involved with them indirectly for six years. I'm also proud to be joining a charity with such a passionate team of people who are dedicated to increasing the awareness of their work in helping sick, disabled and disadvantaged children across the UK. I’m so looking forward to getting started, and driving forward campaigns for a charity that's so close to my heart.”