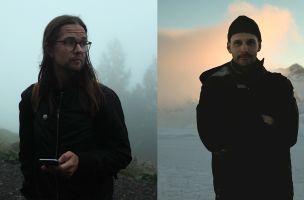 Variable has added Scandinavian directors Per-Hampus Stålhandske and Henrik Rostrup for the US market.

Per-Hampus Stålhandske and Henrik Rostrup see themselves as storytellers for a world in motion, and judging by the work they’ve produced to date, that’s an understatement. Their ads, web videos and short films capture both the beauty and grace of athletic ability and an embrace of the outdoors while conveying the passion for experience that’s so important to the millennial generation.

They’ve been doing this successfully for a number of years via their Scandinavian production company ATLAS, and now they’ll have the chance to do it for US-based agencies and clients via their new relationship with Variable in New York. To see their work, visit the Variable website.

As part of this relationship, ATLAS will now represent Variable in Sweden and Norway. This agreement represents a coming together of companies, filmmakers and producers who share similar sensibilities in terms of how they create content, where they see the future of branded storytelling and the enduring value of working among highly collaborative teams.

Tyler Ginter, Executive Producer and Partner at Variable, and Director and Partner Jonathan Bregel, were introduced to Stålhandske, Rostrup and ATLAS by their mutual European representative, Nicholas Berglund. “It was really perfect timing for us, as we’ve been looking to add directors who specialise in the category of action sports and youth culture,” says Ginter. “We were immediately drawn to Per-Hampus and Henrik’s work. Their visual language fits in perfectly with our curated vision at Variable. And when we met them we discovered many similarities in terms of our values and how we collaborate together with our clients.”

“For us, working in tight-knit groups lets us function as a hybrid company that can deliver better results,” adds Bregel. “Believing in this approach has to be a core part of your culture and foundation. It’s that way for Per and Henrik, too, and that’s going to allow us to combine our forces in a way that’s sustainable and ensures our long-term growth together. And speaking of which, we see great opportunities for Variable in the Scandinavian market, so we’re excited about that as well.”

Stålhandske and Rostrup have directed for such brands as Adidas, Nike, Reebok, Cisco, Patagonia and Gore-Tex, among others. Their work combines strong emotional hooks with a documentary realism that draws the viewer in, while the visuals evoke a cinematic style that elevates each project beyond what audiences have come to expect. Stålhandske’s breakthrough snowboarding film for Nike, 'Never Not,' featured Olympic gold medallist Sage Kotsenburg and reached the top of the iTunes charts worldwide.

The directors come by their bona fides naturally. Stålhandske was raised in a village in northern Sweden and discovered film through his passion for snowboarding, when he started filming his friends at local ski slopes and makeshift mini-ramps. Before long he was following the top athletes around the world, creating iconic snowboard films in some of the earliest forms of branded content.

Rostrup, who’s Norwegian, shares a similar story. He was introduced to filmmaking when a friend gave him a Bolex 16mm camera, encouraging him to shoot his friends who were professional skiers, snowboarders and explorers. Jumping at the chance to pursue something different, he spent several years adventuring around the globe in the back of van or climbing snowy peaks, capturing dynamic personalities and extraordinary lifestyles along the way.

The two had known each other for some time, and in early 2014 they teamed with several other colleagues – fellow Norwegian director Niels Windfeldt and two producers, Mats Olofsson and Kristian Kjelman – to launch ATLAS. Their work not only captures the true essence of whatever activity they’re shooting, but also provides deep insights into the hard-to-reach youth culture market.

“The worlds of skiing, snowboarding and adventure lifestyle have always been early adopters of creating progressive content,” Rostrup explains. “We started seeing the same approach in other campaigns we liked, and found that agencies would be more open to hiring the right people for the job instead of always going the traditional route. So authenticity, storytelling and branded content is definitely within our DNA.”

“We love working with agencies and creatives who understand film craft and narrative, being flexible and intuitive with the formats,” adds Stålhandske. “When you do what you love it’s easy to caught up in the films you’re a part of creating, sometimes forgetting they really are ads. But we think that’s a good thing.”

Joining forces with Variable – which represents the first US representation agreement for both directors – is a major move for them. “To us, it was a dream come true,” says Rostrup, “since we’ve always been big fans of their work, their sense of aesthetics and storytelling. Both on paper and in spirit we share a lot of the same ideals, methods of filmmaking and vision. Like Variable, we strongly believe that collaboration is the key to success. We help each other with the entire process, support our local scenes and try and foster as much talent as we can.”

“Creatively we have our own individual interests, but we find our common ground in creating authentic narratives and dynamic content,” says Stålhandske. “We think it comes a lot from documenting the ski and snowboard scene, being used to reacting to people and subjects intuitively, working with the people you care about and having a good time.”

“To us, this new relationship seems like family already,” Rostrup sums up. “In some ways, we’re just born in different places, sharing the same vision and method, both wanting to create films and content that leave a lasting impression on the audience. As small cogs in a giant machine, we feel the collaborative process we represent transcends all markets. It really boils down to the opportunities we all share as creators and curators. If the process is good, the output becomes even better.”