Variable Goes Back in Time for Dramatic 'Saints & Strangers' Promo 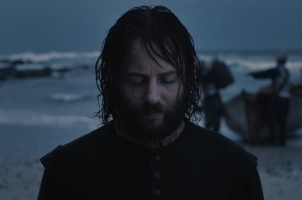 They landed on distant shores, a mixed group of refugees fleeing religious persecution and profit-minded ‘adventurers’ seeking fortune in the New World. The dramatic twists and turns of their fate provide the setting for National Geographic Channel’s world premiere movie event “Saints & Strangers,” which includes a promotion campaign that features a series of epic broadcast spots produced by Variable and directed by Salomon Ligthelm.

“Saints & Strangers,” which premieres Sunday, November 22, tells the story of the Pilgrims who landed in New Plymouth in 1620 after a long trip across the Atlantic on the Mayflower. Directed by Paul Edwards and written by Eric Overmyer and Seth Fisher, it’s produced by Sony Pictures Television with Little Engine Productions.

Starting this month, promo spots produced and edited at Variable have begun running on NatGeo and its related networks. The campaign marks the continuation of a long-running creative relationship between the production company and the network.

The spots themselves, “Prayer” and “Tales,” capture the common challenges both groups of new arrivals shared – dealing with potentially hostile native peoples while trying to carve out a life in a forbidding new environment – as seen from the perspective of those seeking religious freedom, thankful for their arrival, and those seeking wealth and fortune, suspicious of possible threats. Both spots use dramatic close-ups intercut with foreboding action scenes, edited to an authentic Native American chant originally composed for the campaign, to create a sense of urgency and tension.

“Saints & Strangers” was shot on location in South Africa, and to accommodate its accelerated production schedule the Variable team shot the promo spots over a three-day period during actual production of the series itself. “Some of the biggest obstacles we faced were navigating around the schedule and the momentum that was established by the first unit production crew,” says Ligthelm. “We had to find gaps in the schedule that would allow us to work with the resources that the first unit was using, without becoming a burden or getting in the way of what they were doing.”

Writing about the production of this campaign in “The Client Blog”, Baker says of working with Variable on the creative development “they really got the project off on the right foot, and our confidence in them got us there quicker and with a great result.” 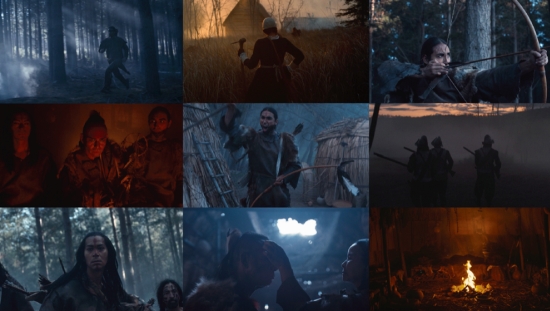 On the concept that supports both spots, Baker says the Variable team brought an added nuance to its execution. “The idea that these two groups seemed so different but actually shared a similar experience was something that felt like a rich playground to work with. Salomon had come up with the idea of prayers as an anchoring idea – something to build the spot around as a backbone that laddered up to that bigger concept.” One result of this inspiration was the addition of a chant as the underscore for the action, he adds: “Weaving a Pilgrim prayer with a Native American chant – each one building on the other, forming a track that was half English, half Native – created something that was wholly exciting and dramatic.”

“Working with Andy and his team was such a great experience, because they get deeply involved from a creative aspect, not like a client, but like a collaborator,” says Ligthelm. “I think that’s so valuable when you’re trying to get to the best solutions for creative and logistical challenges that might present themselves on set. Having a client as a partner is fantastic in that respect.”

Once back in New York, Ligthelm says he was pleased with how the editorial process flowed while working with Variable editor Joel Douris. “Usually there’s a period of experimentation and ‘discovery’ that happens when you first start putting the edit together,” he explains. “But we had a very clear idea of the musical undertone and having this structural format, which served as the foundation for “Prayer” and “Tales,” made it easy to build from scene to scene.

Production on the “Saints & Strangers” campaign is part of an ongoing partnership between Variable and NatGeo that’s now in its fourth year, says Variable Producer Alex Friedman. “During this time we’ve developed a working relationship that allows us to bring an idea from original concept through execution very quickly,” he notes. “There’s a deep level of trust and honesty that allows us to cut through much of the back-and-forth people experience with other ad campaigns, and instead devote one-hundred percent our time and energy to bringing a concept to life.”

Variable Executive Producer and Partner Tyler Ginter points out that they collaborated on this campaign with NatGeo from creative development through post production for the network. “This was a wonderful workflow in our relationship with NatGeo, as it allowed us to work side by side with them every step of the way,” he observes. “Their entire team is incredibly talented and collaborative, and they’re always looking to break through boundaries and push the level of creative beyond what one normally expects from the genre. It’s been both fun and rewarding to work with them in this manner, as we strive to make each campaign better than the one before. We hope it keeps rolling like this for a long time to come.”