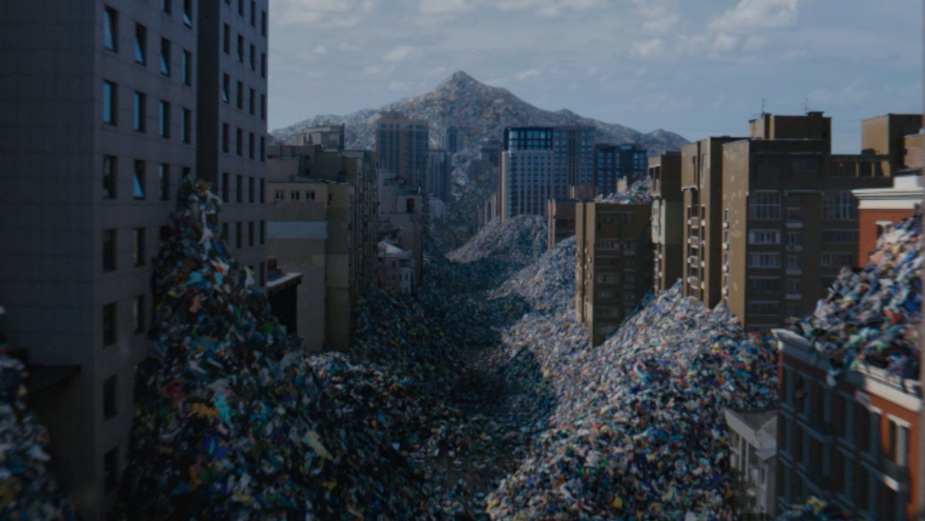 Havas London has launched a fresh advertising campaign for Vanish, focused around a powerful message with universal appeal - ‘Rewear’ - that places the brand as a sustainability champion. Through a new positioning - ‘Clothes Live Longer with Vanish’ - which underpins all brand communications moving forward, the brand aims to encourage and support people to rewear their clothes for longer and to fight waste.

The centrepiece of the Vanish ‘Rewear’ campaign is a TV ad that highlights a shocking statistic; that many of us wear our clothes as little as ten times before we throw them away - contributing to the over 90 million tonnes of clothing waste that goes to landfill every year.

In the TV and online film, launching today, this waste is visualised as vast mounds of clothes towering over a city’s skyscrapers and filling up its streets. The narrator tells us that by taking care of the clothes we love for longer, removing stains and protecting colours, we can waste less and rewear more. In this way, he says: “Vanish is still helping problems disappear, just bigger more important ones.”

The new campaign encourages a shift in societal attitudes and behaviours by flagging up Vanish’s mission to contribute – in a credible and functional way – to the fight against clothing waste. Vanish’s range of products are all about everyday, achievable actions that give the brand a meaningful role in society’s move towards a more sustainable way of living.

The TV campaign follows Vanish’s partnership earlier this year with the British Fashion Council to launch a documentary series focused on sustainability - ‘Generation Rewear’ - also created by Havas, which is airing on Amazon.

The three-part series, which launched in April, shines a light on a new generation at the forefront of sustainable fashion and aims to inspire consumers to adopt environmentally conscious behaviour in the buying, wearing, caring and disposing of clothes. It features innovative young designers, pioneering fashion businesses and ‘Rewear Heroes’ – the ordinary people already doing extraordinary things to get the most out of their clothes.

Cigdem Kurtulus, chief marketing and digital officer for UK at Reckitt said: “Vanish is fighting the war against textile waste by helping clothes live longer. Rewearing is the better, more eco-conscious choice and with this campaign we want encourage people to join us by taking positive, everyday actions to help protect our planet."

Clothing manufacture currently accounts for 10% of global carbon emissions, which is more than air travel and shipping combined. Vanish wants to encourage consumers to move away from the idea that clothes are disposable and to help reduce the 90 million tonnes of waste clothing that go to landfill globally every year.

Nick Rowland, creative director at Havas said: “We need to stop viewing our clothes as disposable but as something we care for, love and rewear time and time again. When you look the statistics around the amount of clothing that goes to landfill every year the fight against waste can seem overwhelming, but our Vanish campaign shows that small, everyday changes can make a big difference and we can all play our part in driving the sustainability movement forward."