The Sustainability Channel 234 Add to collection 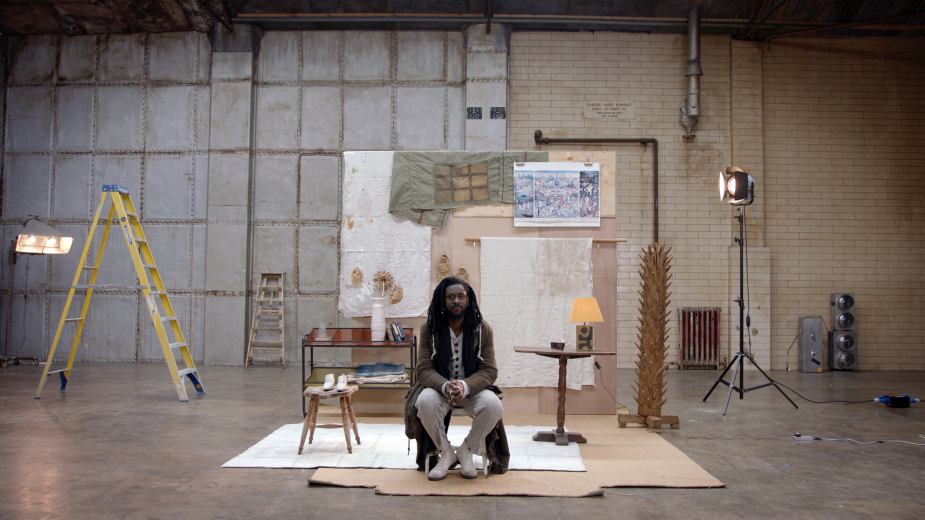 Garment care brand Vanish has partnered with the British Fashion Council (BFC) to create a documentary series shining a light on a new generation at the forefront of sustainable fashion. Generation Rewear, which runs across Amazon properties, addresses consumers’ excessive consumption of clothing and the culture of extreme disposability at its heart, while simultaneously celebrating the innovative designers, companies and ordinary people seeking to reduce fashion’s impact on the environment.

In recent years, our love of fashion has contributed to an environmental crisis – with the sector responsible for a staggering 4% of the world’s total carbon emissions. Globally, there are enough clothes already in existence to dress the next six generations, and in the UK, we send 350,000 tonnes of clothing to landfill annually.

Clearly, this is unsustainable – and it’s why Vanish is on a mission to promote responsible clothing consumption by helping clothes live longer.

This three-part series, created by Havas London and directed by Richard Bullock at Hungry Man, aims to inspire consumers into adopting environmentally conscious behaviours in the buying, wearing, caring and disposing of clothes. Cinematic, candid and authentic, it does so through revealing, first-hand accounts from those on the front line of fashion’s fight to become more sustainable.

Episode one, released today, invites viewers into the studios of three of the UK’s brightest, most innovative young designers – Phoebe English, Liam Hodges and Olubiyi Thomas – to reveal how they are rethinking their approaches to the industry they love.

Episode two turns its lens toward the pioneering businesses helping consumers approach fashion in a more sustainable way, including Sojo, ‘the Deliveroo of clothing repairs’, Oxwash, a laundry start-up that is aiming to disrupt traditional but environmentally costly washing and dry-cleaning processes, and Petit Pli, a wearable tech brand that creates continuously size-adjusting clothes for growing children.

Finally, episode three seeks out Britain’s ‘Rewear heroes’ – the ordinary people already doing extraordinary things to get the most out of their clothes. The series is narrated by Clare Press, VOGUE’s first-ever Sustainability Editor and founder of the sustainable fashion platform THE WARDROBE CRISIS.

Generation Rewear will debut exclusively via Amazon – with promotions including an Amazon Fire TV takeover, trailers on the Amazon.com homepage and social media support contributing to a reach of more than 12 million people. The documentary will also be available to view on the London Fashion Week platform (www.londonfashionweek.co.uk), and there will be an on-schedule moment as part of London Fashion Week in June.

Cigdem Kurtulus, Chief Marketing and Digital Officer at Vanish says: “As the environmental impact of our culture of extreme disposability becomes clear, the need to care for our clothes has never been greater. It’s why Vanish is committing to helping clothes live longer. We believe that every garment you own should bring you joy again and again – and with this documentary series, we wanted to celebrate the remarkable people and companies who, like Vanish, are driving fashion’s sustainable revolution.”

Nick Rowland, Creative Director at Havas London, says: “The culture of disposability enabled and encouraged by fast fashion is a scourge on our planet. But the blame shouldn’t be shouldered exclusively by the retailers – it’s us, as consumers, who are ultimately buying and disposing of clothes at this dangerous, unsustainable rate. In Generation Rewear, we set out not to point fingers, but to educate – shining a light on some of the inspiring, innovative and just downright interesting things already happening as the fashion industry grapples with its impact.”

Caroline Rush CBE, Chief Executive, British Fashion Council, adds: “We are delighted to support this series as part of our wider partnership with Vanish, bringing together the BFC’s collective power of the fashion industry with Vanish’s insight into consumer behaviours. We all have a part to play in creating a more sustainable future and we hope the documentary will encourage designers, retailers and consumers alike to adopt more environmentally conscious behaviours.”