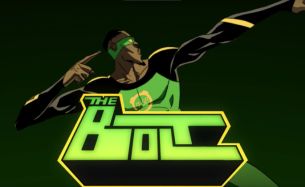 BBH and Virgin Media have created a film focused on speed and the fasted man of all time, Usain Bolt, ahead of a big summer for sport and a pivotal season in Bolt’s career. Speed unlocks the difference that Virgin Media provides, and for Bolt, speed is the most powerful thing in the world.

When Usain Bolt broke the 100m World Record, he did it in 9.58 seconds. To dramatise the power of this number, and the importance of speed, BBH has created a unique 100 second film made up of 10 separate 9.58 second sequences, each with a different perspective on what it takes and how it truly feels to be the fastest man in the world.

The film lifts the lid on the real Bolt. It shows the ‘overwhelming rush of hurt’ he describes when talking about his gruelling training schedule, the impact his achievements have had on his country and adoring fans, his perceived “superhero” status, and the Jamaican dancehall culture he is still a part of. The film even provides a real-time dramatisation of the historic 9.58 second record breaking run, mimicking the distance and speed he ran it at, across Jamaican locations he grew up at as a boy. The film ends with the campaign line, “Are you ready to be moved?”.

The film is a cinematic collage of footage shot in Jamaica by Academy’s Seb Edwards, stock footage of Bolt and his fans, and some original animation and graphics, all of which create sequences that work to the strict 9.58 second format. The film is narrated by the legendary Michael Johnson, still the World 400m Record holder, and a huge inspiration and mentor to Bolt.

The film launches on TV on Wednesday 6th and will run throughout the summer on TV, in cinemas and on social media. It will be supported with outdoor and digital out of home, social, press, and digital display.

Nick Gill, Executive Creative Director at BBH London commented: “When Usain Bolt broke the world 100m record he did it in an incredible 9.58 seconds. This film re-creates the experience, over and over again and with increasing excitement. It describes the feeling of running at such speed from different and varied perspectives. ‘9.58 seconds’ informs the structure of the film. It is a modular piece, made up of ten 9.58 second sequences.”

Kerris Bright, Chief Marketing Officer at Virgin Media commented: “Usain Bolt has been a brand icon for Virgin Media for the past four years. He communicates our core strength in broadband speeds and connectivity.

This campaign is about the power and emotion of speed, creating an emotive story around Bolt and our brand. All at a time he is hoping to make history, but in a way that connected to our core attribution of speed.”