DDB New York will be launching the campaign in November 2019 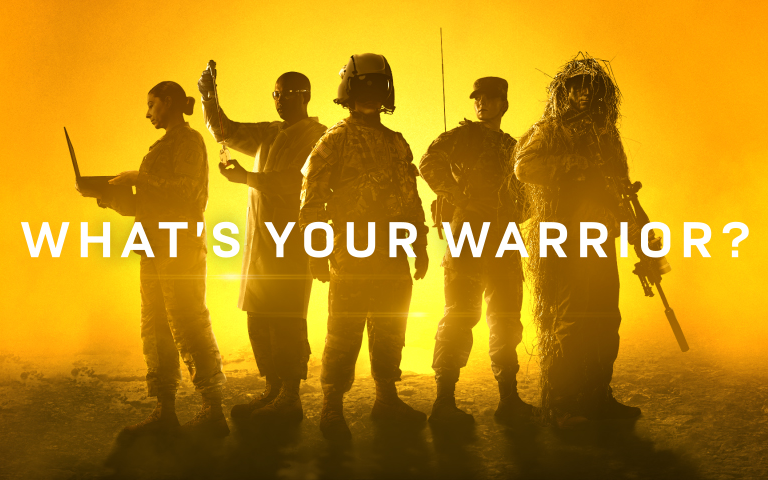 The US Army just announced a new marketing campaign, 'What’s Your Warrior?', showcasing the breadth and depth of opportunities for today’s youth to achieve their goals in America’s largest military branch. The announcement was made at the Association of the United States Army (AUSA) Annual Meeting & Exposition in Washington, D.C.

With a planned launch for November 2019, 'What’s Your Warrior?' is designed to engage a decreasing pool of qualified applicants with a fresh approach to educating a new generation of prospects – Generation Z – and their influencers about the diverse opportunities available to them through Army service. The campaign is being launched by DDB New York.

“We know today’s young men and women want more than just a job. They desire a powerful sense of identity, and to be part of something larger than themselves,” said secretary of the army Ryan D. McCarthy. “What’s Your Warrior?’ highlights the many ways today’s youth can apply their unique skills and talents to the most powerful team on Earth – one uniquely qualified to solve the world’s most impossible challenges.”

"Young adults already know about the ground combat role we play. We need to surprise them with the breadth and depth of specialities in the Army,” said brigadier general Alex Fink, chief of army enterprise marketing. "There are more than 150 roles, and we need the unique skillsets Gen Z possesses to fill them. By focusing on the range of opportunities available, 'What's Your Warrior?' presents a more complete view of Army service by accentuating one key truth: teams are exponentially stronger when diverse talents join forces."

Over time, real Soldier stories will be told through bold graphic language, cinematic action and innovative production techniques to give the campaign a fresh look and feel to resonate with Gen Z.

“What’s Your Warrior?” launches November 2019 across broadcast, print and digital properties. As part of the campaign, prospects can find their inner warrior using the new Career Match tool, which will align their personal interests with unique roles within the Army.