72andSunny’s Constanze Bilogan, Renée Lam and Masaya Kochi explain the cultural backdrops and creative inspiration that made them the right team for a campaign with such staggering scope 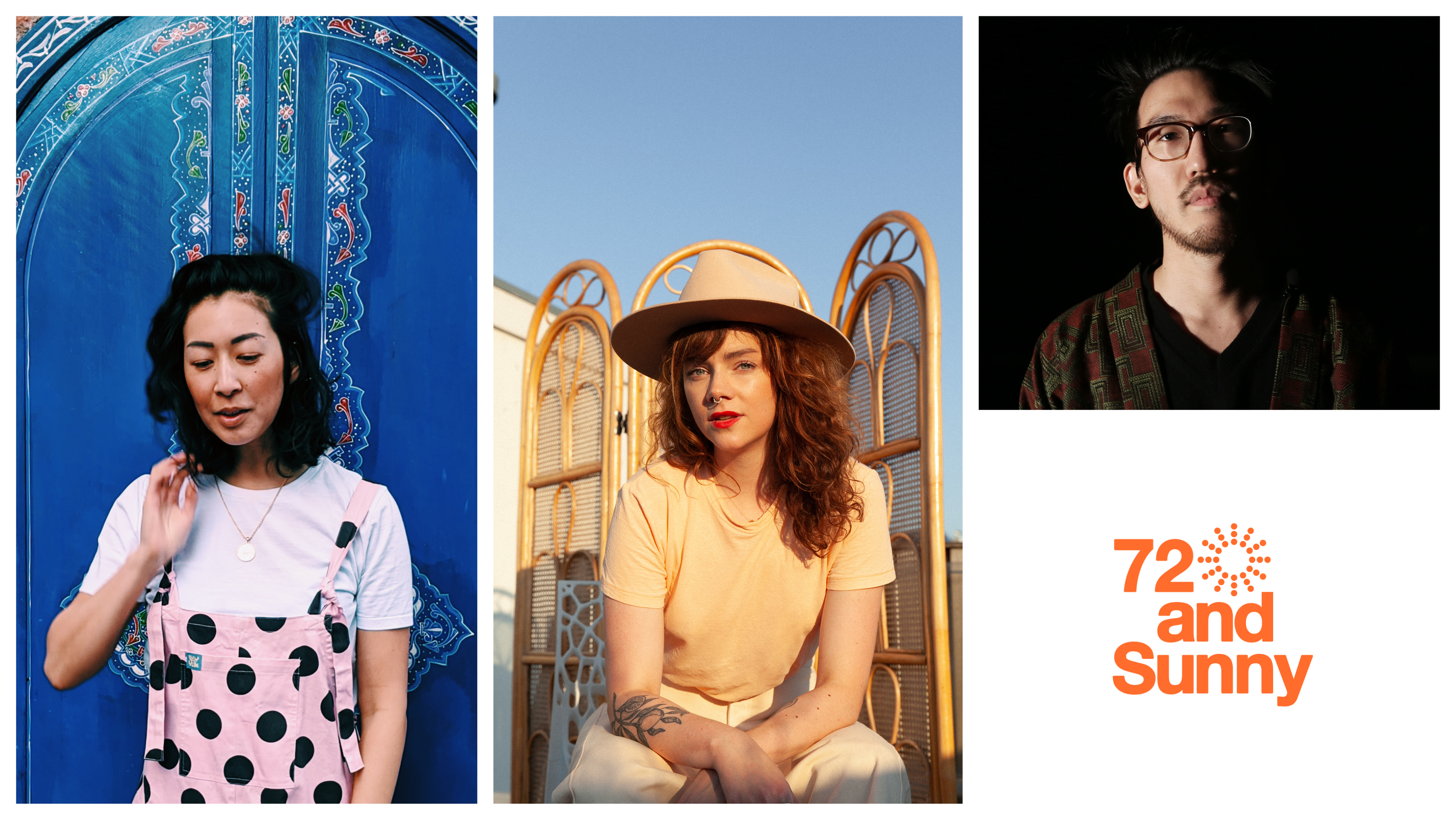 Constanze Bilogan, Renée Lam and Masaya Kochi are the creative team behind one of the Covid-19 era’s most ambitious ad campaigns - Coca-Cola’s ‘Open Like Never Before’ work. The team at 72andSunny Amsterdam conceived and produced the campaign in the early months of the pandemic, learning on the hoof how to concept, craft and adapt during lockdown. With ever-changing guidelines they were tasked to make an uplifting anthem alongside spoken-word legend George the Poet to be launched in over 50 countries in just four weeks.
Impressed by this feat, we thought it’d be worthwhile to get to know the team.

Masaya Kochi’s Japanese parents brought him up in Paris. He remembers how he and his sister were the only Asians at his school, but adds that “we were really proud of our background”. They relished the chance to spend every summer holiday in Japan, a moment they always looked forward to. His background has given him a strong, hybrid identity. “A good portrait of my cultural background is that I speak Japanese with my parents, French with my sister and English with my South Korean girlfriend,” he says. “I had a hard time defining my own cultural identity but now I embrace them all and feel very lucky for it. It helped me and is helping me to apprehend the world better, looking at things from multiple perspectives.”
Growing up Masaya was shy but curious and, he adds, “also a borderline control freak at some points.” He had a “wild curiosity” for all the arts, from music to fine arts, and he grew up surrounded by it. His dad (Manabu Kochi) is a painter and sculptor. His atelier was right next to the living room growing up and his artist friends were continually passing by the house. “I remember my parent’s story, the struggling path of an artist’s life until they succeed,” he says. “That was truly inspirational and scary too but I knew I would work in a creative field. Advertising just came recently.”
He took a meandering route through other disciplines to end up at an ad agency. First he graduated in Product and Industrial Design in Paris at the ENSAAMA, but he personally missed the tools and medium to truly express himself. So he took the chance to study at the Design Academy Eindhoven in the Man&Media department, “being more experimental and truly structuring my conceptual thinking” suited him better. And finally he got the opportunity to study at The Rhode Island School of Design in the US, in the Graphic Design department. All of these experiences helped him to define himself as a person and creative. “There was a fear of leaving my comfort zone but the combinations of all these fields helped me to broaden my creativity and ways to communicate,” he says.
Already something of a global citizen, Masaya headed to Tokyo to embark on his design career at a studio there. Soon he realised that he wanted to be part of a broader team with different and broader set of skills to learn from. He was curious about “the whole journey of delivering an unique message on a global scale.” 72andSunny Amsterdam fitted that bill and he soon found himself working there, in what he proudly describes as “a multicultural and multidisciplinary space.”
Variety really is the spice of life for Masaya. He’s most excited when working with a diverse set of people and exploring “the never seen creative side of a human mind. When things get organic, purposeful and genuine,” he says.
Masaya stays inspired by all of art, as he always has. He loves music, fine art, digital art, fashion design. He’s currently enjoying listening to the “very soulful music” of Maverick Sabre and also Korean indie bands such as Hyukoh, (“yes there’s more than K-pop”). “Music has such a direct and instinctive power, helping me to support and  balance my mood during the creative process.” He’s also a fan of the surrealists (Ernst, Magritte, Chirico) as well as more contemporary artists such as Tadanori Yoko and Barbara Kruger. “My favorite works and artists are able to provoke some sort of emotional connection,” he says. “That feeling, more than anything, is what inspires me. I wish to keep working on projects that generate emotions in people because it’s what makes us human.”
Hopefully he’ll achieve that with some of the side projects and collaborations he’s working on outside of his work at 72andSunny. This year he’s been unexpectedly busy at the agency, not least creating the massive Coke campaign, but beyond that he’s been experimenting with Japanese Calligraphy and working on a photo series. But the most time consuming activity, he says, is learning and improving his Korean. “Getting there, step by step,” he says.

Senior designer
Growing up in New Zealand, Renée Lam’s childhood involved playing in the volcanic craters of a mountain in her neighborhood, collecting stickers and “funny erasers that smelled nice,” and riding her bike around. Both her parents come from China originally and she appreciates the perspective this has instilled her with: “I feel that being born in NZ but raised in a family with strong Chinese values means that I have a more Western outlook on how I live my life, but still remain grounded in the way I view family and money.”
“I don’t think I was particularly ‘creative’ as a kid in the traditional sense,” says Renée. Although she had a wild imagination being creative wasn’t encouraged by her parents. She only discovered the subject of art and design when she was 16 in high school. She certainly didn’t know what a career in advertising looked like for a long time.
Renée was trained in Graphic Design before she moved as far away as she could in search of broadening her perspective on the world. What started as a two-year stint in Europe quickly turned into five.
Soon she learned a fundamental lesson that she holds onto: “Question everything. Assume nothing.” When she first started out she thought everyone must know more than her so “it was easy to be intimidated and not speak up - even if something about a brief, a review, feedback etc. seemed a bit off. Multiple times my gut instinct was right and it would have made things so much clearer if I had just asked at the start.” She speaks up when this happens now.
That’s not to say it’s an easy ride yet. She admits that it’s a struggle to separate how her work is evaluated from herself. “Especially when your creative side is so closely connected to both your personality and your professional output,” she says.
The lack of balance between work and personal life is an industry bugbear for Renée. “We, as an industry, seem to accept this as an inherent part of our jobs,” she says. Many in the industry are naturally hard workers and have a great capacity to go above and beyond , to work the weekends, skip holidays and push through to elevate the work. “However few take a beat to question whether just because we can, does that mean that we should?” she says. “Also ‘weakness’ seems to be regularly associated with having healthy boundaries and saying “no” which I think adds to this lack of balance.”
The best thing about working at 72andSunny for Renée is the variety of things she gets to work on. Staff at the agency aren’t assigned a brand ‘for life’ which means they have concentrated periods of time working in one world, “then you get to have a break and shift to something different. It keeps things interesting and expands the way you look at things.”
view more - Uprising