TBWA\Chiat\Day NY copywriter Namwan Leavell speaks with LBB’s Ben Conway about leaving a career in economics for copywriting, an extraordinary lockdown campaign for essential workers and her eternal love for comedy 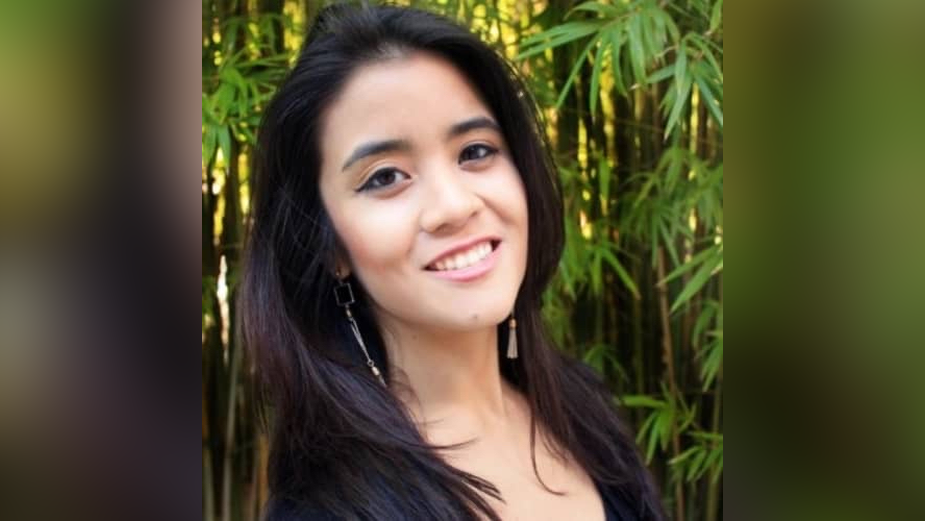 Namwan Leavell is an award-winning copywriter, born in Florida but now based in Brooklyn where she works at TBWA\Chiat\Day New York. Throughout the last few years, she has written on and concepted campaigns for the likes of Shopify, Mercedes Benz and Samsung. Recently, the Halloween ‘Hellvetica’ campaign - which Namwan worked on in her previous role with R/GA - won gold at the ANDY awards. This is just one of the campaigns that have allowed Namwan’s comedic abilities to shine through her work.

“As a kid, I was always interested in comedy - sketch, stand-up… I never really made the link between that and writing until later on,” Namwan says, connecting the dots between her upbringing in Florida and the career path that she finds herself on today.

Some of her more recent comedic endeavours combine her passion for comedy with her work as a writer. For example, Namwan and her friends used former president Donald Trump’s own words to create a comical pharmaceutical ‘infomercial’ for Hydroxychloroquine, a drug that the orange entrepreneur and head of state at the time - and definitely not a pharmacist - recommended for curing Covid-19 during his White House press briefings. She’s also made these awesome candles for the selfless ‘martyrs’ in your friendship groups.

The creativity that runs through her life, from her leisure time to her professional work, has been a constant for the young creative - although at one point it might not have seemed that way. Namwan went to college at the University of Florida and graduated with, perhaps surprisingly for a creative copywriter, a degree in Economics. “I love the topic, but the maths part was a drag,” she says. “After spending these years studying in the field of STEM, she eventually reconciled with her calling and talent for writing and went on to study the creative topic that has kept her enthralled and employed ever since. “It was actually during an Economics research internship that I discovered copywriting. I thought ‘wait…people get paid to write ads?’ So I threw out my mediocre thesis and went to portfolio school at the Creative Circus.”

In her newfound vocation, the first piece of writing work that left an impact on Namwan and her blossoming career was a campaign that she created for the Ad Council, called ‘#OutThereForUs’. The campaign launched at the start of the United States lockdown, as coronavirus began to sweep across the nation, and made use of a form of advertising that was being underutilised and less seen whilst many people avoided travelling and going to public areas. The campaign used out-of-home advertising, namely billboards, to display tweets with messages of gratitude and support to front-line workers that were still mobile and working in cities where they would be able to see the messages. This campaign hit especially close to home for Namwan, as her sister was a doctor and one of many essential workers that was working on the frontlines in New York during the beginning of the pandemic. She says: “I was able to tweet her a message on a billboard outside her hospital where she was working 18-hour shifts. It meant a lot.”

The copywriter also believes that this creativity and making work that people love should be the focus of the industry - a message that often becomes lost amongst the data and metrics used to quantify and qualify creative work in this digital age. “I do think our industry suffers from placing too high a premium on stats and metrics. You can’t really quantify how good an ad is with something as intangible as impressions,” says Namwan, explaining how this phenomenon can also result in mediocrity. “It shifts the focus from making work that a lot of people really love to making work that everyone with a pulse and a zip code is generally-sort-of-fine with.”

Someone that the creative admires for pushing the boat out and not settling for mediocrity in the industry, is Business Insider’s ‘Most Creative Man in Advertising’ and Barton F. Graf founder, Gerry Graf. “He’s a legend and his work always makes me wonder ‘how did he get away with that?’ I also really admire [Mischief ECD] Bianca Guimaraes. Her work is so smart and incisive - the kind of simple ideas we all strive to have.”

Outside of work, her passions come full circle back to her eternal love for comedy. Whilst she often does perform herself, she loves to watch comics doing their thing, whether it be live or on TV - naming Ronny Chieng, Michael Che, Tina Fey and the late, great Norm Macdonald as just a few of her inspirations and favourites. So, be it in her free time or during work hours, Namwan seeks to make people laugh and create work that people will genuinely connect with and enjoy - an innovative creative and writer who is just getting started.