Absolute’s junior colourist Juliette Wileman is a perfectionist for all things colour, acidic-green hue and grading but that’s not all there is to her 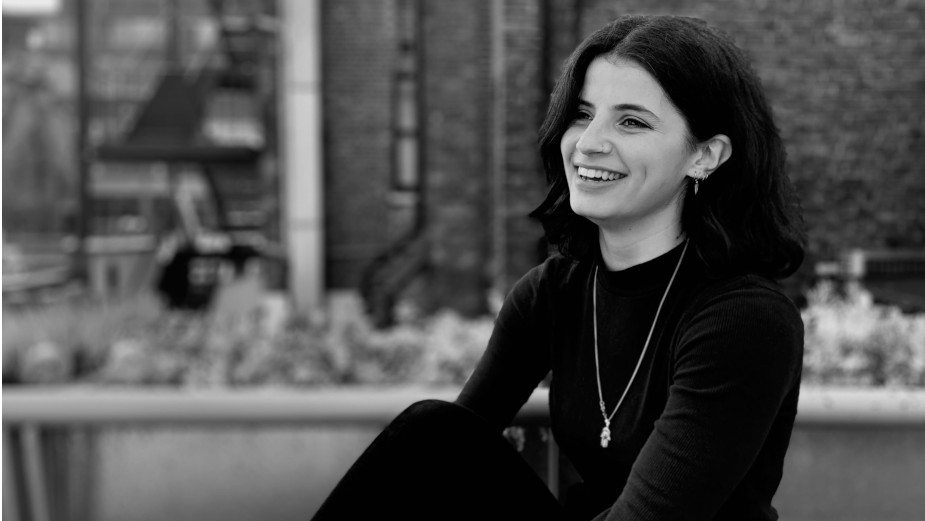 During her Media GCSE introduction to editing, Juliette Wileman realised that while photography was interesting, moving image captured her in a deeper way. Ever since then, she’s made the ‘deliberate’ choice to pursue post-production video editing, eventually finding herself as a runner and most recently, a junior colourist at Absolute.
Throughout her childhood, Juliette has always had artistic passion, spanning from art and literature to photography and amateur filmmaking. “I had a pretty vivid imagination and loved any kind of storytelling - from films to books, to me just making some up - so that was a pretty big indication I was going to end up in some sort of creative job!”
With an uncle and family friend who were photographers, Juliette had plenty of inspiration and support with her early introductions to editing. “I would (and still do) carry around a camera everywhere I could, making little videos and photo albums to bother my family with.” She also notes her creative filmmaking inspiration from books she read and the way in which they coloured her imagination. “I was an avid reader - particularly fantasy books. ‘The Edge Chronicles’ was a particular favourite, and still is!”
Juliette’s early moves towards the filmmaking world had been pretty focused from her teens. “It was absolutely deliberate - I wanted to be in the media industry from when I was about 15,” she says. “Originally, I wanted to be a photographer like my uncle and family friend, but making my own videos, along with learning more about the editing process in Media GCSE soon made me realise I wanted to pursue a career in moving images rather than stills.”
Shortly after finishing university, Juliette made sure she gained video editing experience within her field, which helped her find more of the roles she wanted. “When I was 17, before university I worked part-time as an editor for a family friend and when I finished my degree, I got a job as a social video editor at a sports journalism company (after working part-time in a pub during the World Cup). At the time I knew I wanted to be a colourist, but I also just wanted a job in the industry to get my foot in the door!”
By the time she went to university, Juliette had decided to embark on studying Television Production, though being a colourist was her new priority. “I went to Bournemouth University - it was a great experience - we covered all aspects of production, including live studio shows. I went in  knowing I wanted to be a colourist, so I pursued the post-production aspects most avidly, but it is definitely helpful to have an idea of all aspects of production.” Having grown up in London, moving away was an experience that she learnt a lot from, but it reaffirmed what she knew, “I never want to move away again!”
Juliette describes her first professional project - a music video directed by Prosper Unger-Hamilton, for ‘Beautiful Superstar’ by A.G. Cook. “It was possibly the best first project to have,” she says. “Prosper was incredibly friendly and had a clear vision of what he wanted - but also left me room to experiment. On top of that, the grade he wanted was vibrant and interesting - I ended up pushing the greens to a fantastic acidic hue. So I had the excellent combo of a fun, eye-catching grade and a wonderful client!”
Now making strides, Juliette worked on the UN Women Safe Spaces Now campaign, which she describes as a career-changing moment. “I was lucky enough to work with the lovely Florence Winter Hill, an up-and-coming director with the production company Missing Link. It was a pleasure to work with them, and the film ended up being shared around a fair bit on social media which was pleasing for two reasons. One, because I’d worked on it but mainly for the message of the film and how it’s advocating for women to feel safe in all circumstances.” It was after this campaign that Juliette felt more confident in her ability to colour grade, interact with clients and push herself to create more and better.
As a self-described perfectionist, Juliette acknowledges that this perfectionism is what drives her to continually improve and learn within her craft. Her favourite part of the job is: “The reaction from clients when they see the grade and how it transforms an edit. I  definitely have the same reaction every time I finish a grade – it's such a great feeling to look at the raw rushes compared to the final outcome.”
The rewards however are not without challenges. Sometimes Juliette finds it tricky to balance the look and feel that a client wants, with what she believes is best for the piece. “Sometimes it’s difficult to ignore personal taste when setting an initial look. A client might want a certain look that I personally don’t like, but it’s important to separate my opinion from what the project actually needs.” A rare occurrence but something she’s always mindful about.

Within the ever-changing industry, Juliette keeps on top of trends and developments through social media, following careers and using others’ experiences to help develop her own. “There are so many talented people doing some amazing work, it’s really inspiring and drives me to improve,” she says. Though she cites a strange choice of inspiration. “I’ve always looked up to YouTuber-turned-filmmaker, Jack Howard. I met him a long time ago and was taken aback by the passion he had for creating things. It definitely made me feel better about how fixated I was in pursuing colour grading as a career."

Alongside this, technological advancements are paving the way for new and exciting opportunities, “Everything is constantly changing and improving, so it’s really exciting to see where it takes us. For example, HDR is becoming more available, so it’ll be interesting to see what impact that will have on grading.” But the industry is not without fault. Juliette believes accessibility has a lot of room for improvement. “It’s incredibly hard to get into the industry at the best of times, but there are definitely those who are far more disadvantaged than others.

“There are also so many roles that people just don’t know about. When I was at school, we weren’t even taught about the post-production industry, much less what a colourist does! Obviously, that is a bigger topic in itself.” Though Juliette says there are initiatives that ‘champion women in post’ which include Edit Girls and Women in Advertising Production, “as an industry, there is always room for improvement.”
When she isn’t working, Juliette of course indulges in her other artistic hobbies of photography and film, but also pursues physical development through exercise, specifically weightlifting. “I do have a soft spot for weightlifting, as counterintuitive as that sounds! There’s something quite refreshing about just switching off and focusing everything on lifting weights. I also cycle to work and back which is great for helping me decompress from the day and relax into my evening.”
Being an artistic individual, Juliette describes her necessities in life. “Film and music are two things I couldn’t live without! It’s difficult to narrow it down to favourites, but I absolutely love Bong Joon-ho. I think he’s a genius in the way that he tackles important social issues whilst maintaining a dark sense of humour and stunning visuals. The same can be said for Taika Waititi! I also adore Greta Gerwig and the way she teases such poignant performances from her cast. Yorgos Lanthimos is also fantastic  - I love how uncomfortable his films can make you feel. As for music, I listen to quite an eclectic range, but Simon & Garfunkel are a staple. Sadly, they aren’t creating music together anymore, but their lyrics and harmonies are just incredible!”
view more - Uprising 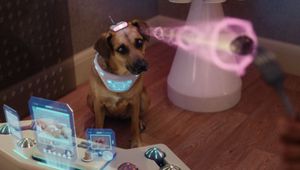 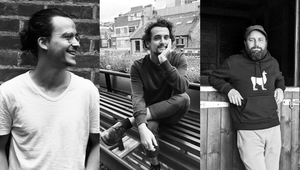