The Unit 9 director explains her love of London’s harsh beauty, the music which influenced her and the creation of Samoles Studio with her mother, writes LBB’s Nisna Mahtani 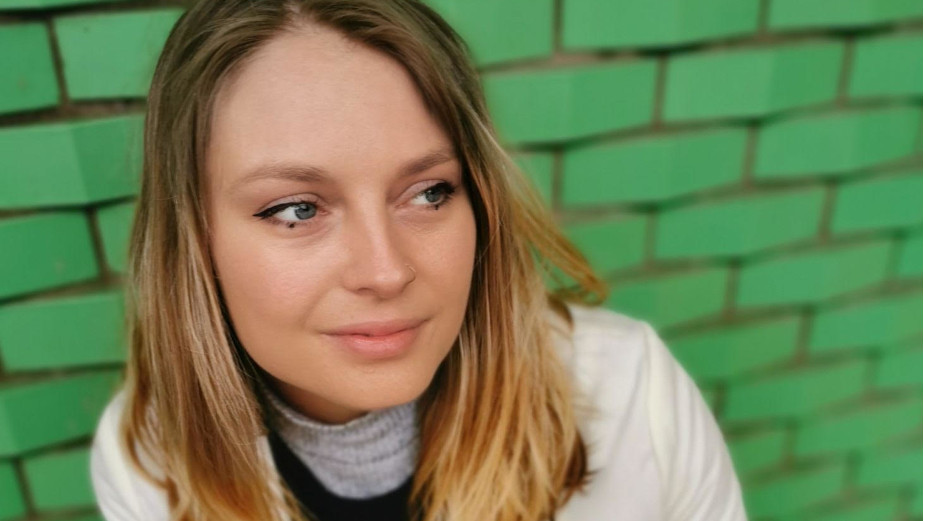 A London girl through and through, Cleo Samoles-Little grew up in a creative household filled with music, art and photography. With Bowie, Freddie Mercury and Prince constantly on in the background, Cleo describes how music ‘definitely influenced’ her work, giving her the unique style which she uses today.

Since childhood, Cleo’s imagination meant she was ‘more interested in playing out than arty stuff’ and creating a spy club to keep her and her friends entertained. With her best friend Lola, she even created a band which they called the Sugar Babes (no, not that Sugababes), dancing and singing around the house. She reflects, “technically I think that means we were the original Sugar Babes...just putting that out there.”

Cleo’s directing pursuits began at LCC where she did a foundation course encapsulating photography and moving image, where she says her film teacher Tim ‘made everything super engaging’ and helped spark her interests. Cleo remembers watching Once Were Warriors directed by Lee Tamahori which she says blew her ‘tiny mind’. She went on to create her first independent film, Gold which is “loosely based on a past experience”. The film focuses on a misplacement of affection and encompasses themes of love and tragedy - and a goldfish.

When reflecting on the directorial challenges she had when creating the film she says: “We essentially had to work with a goldfish...SPOILER ALERT something terrible happens to the goldfish.” She goes on to explain the ‘real-life David Attenborough stuff’ that happened to make it possible. In short, it consisted of a pet goldfish being stung by a bumblebee - neither of which made it. Unfortunate for both the bee and the goldfish but fortunately, exactly what they needed to tie the piece together.

Though her university experience didn’t provide the profound connection she found in college, Cleo continued to direct and produce content. In her final year, she went on to create Jane’s Life which she describes as ‘half-decent’ but was ‘nominated for ‘Best Newcomer’ at the Rushes Soho Shorts’, eventually leading to BFI funding. Though she says she ‘wouldn’t necessarily recommend that route’ she is now able to continue with her passion, learning more as she goes along.

Gaining knowledge of her craft and reflecting on her childhood experiences, many of Cleo’s short films and ‘personal projects’ were influenced by her being a naughty child and the experiences that came from that period. Most significantly, it includes the film Knock Down Ginger which she believes was career-changing, describing it as ‘the biggest’ project she has done as well as being the one that got her “signed as a commercial director”.

Reflecting on Knock Down Ginger, Cleo explains how she loves “finding new talent and bringing characters to life”, describing her favourite part of the process as casting. While filming the infamous rooftop scene for the short film, Cleo says “the premise was they were just hanging out, causing trouble” and she used this as an opportunity to have ‘a proper laugh working together’ with everyone on set. Allowing the actors to ‘bring their own flavour to the scene’, Cleo explains sitting back and watching it unfold, “It was magic.”

Cleo is very clearly influenced by the ‘urban jungle backgrounds and skylines’ of the London cityscape, describing it as ‘a harsh beauty’ that has ‘had a huge effect’ on her filmmaking aesthetic and direction. She describes her principle of inclusivity, with ‘all different shapes, sizes, genders and races’ being represented, to showcase her diverse cultural upbringing which has been influenced by the capital city.

Now residing in North London, Cleo calls it a ‘mixed bag’ with areas that are ‘not too gentrified,’ while being ‘a bit rough’. In a house share with fellow creatives, there’s a mix of ‘writers, filmmakers, photographers and music producers’ to keep her on her toes in an environment that champions creativity. With a passion for absorbing ‘dialogue, real stories and struggles’, Cleo explains being ‘obsessed with London slang’, always trying to keep up with the ‘new lingo’ which spreads like wildfire.

While always looking for the next creative inspiration, Cleo is mindful to decompress with ‘yoga and setting intentions’, she explains how important it is to “remind yourself of what you want to achieve and how, being very specific.” This was put to the test during the lockdown which was “frustrating” for Cleo, yet she explains how it gave her some time to recoup after winning ‘Best Content’ at the Shiny Awards for ‘Movember - Spot the Signs’.

When reflecting on the industry, Cleo finds that while there has been progress it is still mainly male-dominated. As a female director, she thinks now is the best time to collaborate with other women to champion work that turns ‘stereotypes on their head’ and showcases strong female characters, which she believes are lacking.

When it comes to Cleo’s inspiration for work, the ‘female powerhouses’, Andrea Arnold and Lynne Ramsay are two directors who tell intimate stories which are dark in places and who Cleo says, “do not always sugar-coat parts of the plot just for the sake of it.” She also gives a special mention to Charlotte Regan who she is ‘fangirling’ over, keeping up with all her latest work and eager to see what she comes out with next.

Perhaps the most significant influence for Cleo came from her mother, a fellow creative and writer herself. The two often co-write together in her family home which they call ‘Samoles Studio’, often enlisting the help of her sister and dad as they continue to work ‘on stuff together’, coming up with their next big ideas. Cleo’s ‘end goal is a feature film’ which she would like to co-write with her mum but is currently looking for ‘the time/energy balance’ to give it everything she has. For now, she’s working on building a great commercial reel that will allow her to “learn, make connections and ultimately pay bills”.