Uprising: Being Ridiculous and Rebellious with Kelly Oostman 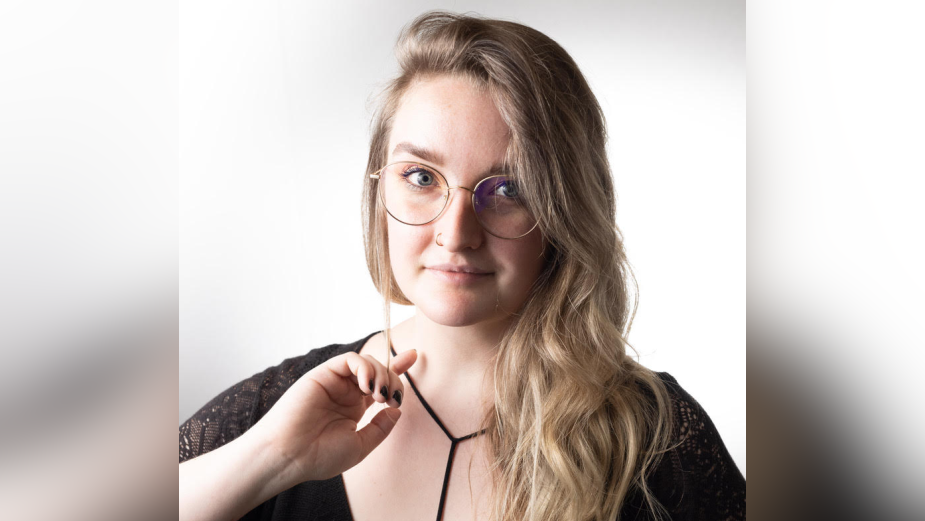 Kelly Oostman is the first to admit that she was “ridiculous and rebellious” as a child and, fearing an “onslaught of fact-checking corrections” from her family, she bears the truth of her trouble-seeking tendencies: “Not much has changed. In all seriousness though, I felt very out of place for a lot of my childhood and retreated to the solace I found in music. For most of my adolescent years, I couldn’t see a world in which I didn’t write and play music.”

The Sonic Union sound engineer grew up in a household that valued academic success and, despite excelling in her studies as a child, she feels that the pressure to be “objectively brilliant” resulted in her overwhelming drive to succeed in a creative medium as an adult - ungoverned by linear or numeric metrics. For Kelly, music was that medium: “Music was a safe haven to be creative and still (as in stationary) enough to start making sense of existence. Maybe we’ve gotten a little too existential but that’s genuinely how I would describe the experience of finding something you feel so at home in.”

Kelly still wears the “ridiculous and rebellious” badge with pride - acting the fool to get laughs and harnessing generally “chaotic energy”, often to her patient friends’ dismay. The TLDR is that she can’t sit still, however, she also utilises this energy to her own benefit, joking that she might as well have ‘driven’ tattooed on her forehead: “I was born with ambition baked into me. Being unoccupied is not a concept I’m terribly familiar with, and when I find myself in possession of this fabled unicorn the oracles call ‘free time’, I often struggle to decide what to do with my silly self. More than one of these occasions has ended in putting on an old Sidney Bechet record, laying on my floor, and staring at the ceiling until I start to feel the turn of the earth. As you can imagine, productivity is a much better use of my time.”

Kelly graduated from university with the degrees you might expect for a sound engineer, production and audio engineering. Though seemingly out of nowhere, she also reveals that she earned what she calls a “because I wanna” degree in - no joke - military history and battle strategy. Explaining this revelation, she says: “At the time I figured, ‘Well, I’m here so I might as well study some things that may not matter later but I find them interesting enough to devote time to analysing them.’ Which, I highly recommend to anyone - study whatever the hell you want to. And if you ever want an in-depth monologue on the way History and the US collectively remember the tragedy of the My Lai Massacre in 1968, look me up.”

At the start of her career, Kelly spent a lot of time stressing about achieving perfection - something that was ingrained into her psyche from a young age -  but has gradually come to realise that “it’s okay to fuck up,” and sometimes the imperfections are what makes something great. She attributes, at least in-part, this internal struggle between perfection and sanity to something she calls “The Man in the Rocketship Mindset”:

“My marvellous, if morbid, math mentor of a mother used to say: ‘Always check your work when you finish solving a problem’ - if you forget a decimal point or carry an extra one, the man in the rocketship dies,” she explains. “What she meant was: ‘Accuracy matters. Being 100% accurate and 100% perfect every time matters.’ As a young impressionable padawan, I took this to heart and proceeded carefully, and accurately, into my career, fearing the fate of the famed ‘Man in the Rocketship’. But I didn’t go into aerospace engineering, and I don’t work for NASA, and there’s no astronaut in a tin can floating through the great abysmal vacuum of space somewhere, relying on the accuracy of my decimal points. I make noise for a living… and it’s a blast. And you know what? Sometimes, the best sound design comes from fucking up and creating something new with the oopsies.”

Besides the joys of working in an environment where her subconscious brain is allowed to drift and, apropos of nothing, cause the constant, underlying score to Jurassic Park to emerge through distracted whistling - leading to some entertaining and confused conversations with clients - Kelly enjoys the social aspects of her occupation the most: “This has been a repetitive incident for the majority of my adult life, there are witnesses to prove it. Jurassic Park is here to stay. But that doesn’t really answer the question…” she says. “Meeting new people and working creatively to create and develop new ideas through audio is a genuine joy. And the ridiculous conversations and relationships that come about along the way are the cherry on top.”

On the flip side, a constant - and entirely unjust - struggle that the sound engineer has faced over the years is the resistance she receives from men in the industry (mainly those who are “significantly older” than Kelly) who refuse to accept or acknowledge that she has skills and a perspective of value. She says: “As a young female audio engineer, I am often dismissed out of hand before proving myself in a professional and creative context. Developing a level of trust and a productive relationship with collaborators requires additional care and energy to break through that barrier.”

Forming these productive relationships with respectful collaborators - who are able to function without such biases and bigotry - is just one of the ways that Kelly keeps herself up-to-date with her contemporaries, comparing notes in her fellow mixer’s rooms and ‘throwing spaghetti at walls’ to see what sticks in each others’ minds. Be it having full-blown arguments about the noise scissors should make in slow motion, or manipulating ridiculous noises with a co-worker into usable sound effects, these amusing collaborations are what makes Kelly glad with her career path. Describing a recent, “truly absurd” interaction with colleague Owen Shearer, “one of the most talented sound designers” she’s had the pleasure of working with, she says: “At some point, after we had thrown out “squelchy,” “moist,” “squishy,” and “plop,” all in the same sentence, Owen turned to me and said, “Isn’t being an audio engineer just the best?” And I couldn’t agree more.”

When asked about a recent project that involved some interesting creative challenges, Kelly brings up the sound design and mixing she did for the short narrative podcast ‘Anomaly’. A post-apocalyptic, sci-fi series with warring factions and a futuristic setting, Anomaly’s audio-only medium meant that the worldbuilding and story relied heavily on Kelly’s sound design. “It was one of those projects that I was terribly proud of and spent a ridiculous amount of time perfecting and then it was released… and I closed the metaphorical book and put it on my mind’s shelf next to the other projects I had completed over the years. By the time it re-entered my life, multiple months had passed, many other projects had flooded my ears, and the world had been turned upside down with a global health crisis. And the reason for reentering my life? It was accepted to Tribeca’s Film Festival’s first podcast selection. So that was pretty fucking rad.”

Another project that provided some intense challenges, but also some of the greatest satisfaction, for Kelly was the film ‘Give or Take’ - which is scheduled for a theatrical release this year. For this film, she painstakingly replaced and designed every single sound effect that appeared in the full 90 minutes, so that the sound design would be consistent across all versions of dubbed dialogue: “This makes logistical sense… but when you’re 65 minutes into a 90-minute film and still only placing footsteps, like you’ve been doing for the previous however many aeons of work time, you start to question the existence of God, morality, and goodness in the world,” says Kelly. “I jest, this film was the first feature I fully threw myself into, hoping for an Olympic dive, rather than a belly flop. Hilariously, I spent nearly all of my time on it with the dialogue muted so I genuinely didn’t have a clue what most of the film was about until we were in the final mix process. It was an absolute joy to work on Give or Take with such a solid creative team who really cared about the quality of work and the integrity of the story.”

Outside of her work at Sonic Union, Kelly’s inability to be unproductive leads her to engage in even more work, although she does enjoy performing in a folk band that she set up with a few colleagues, as well as going to gigs in her scant free time. In 2020, she helped found the non-profit theatre company Scantic River Productions, where she works in her spare time as creative and technical director. “The company quickly transitioned into more of a production company with a mind for theatrical narrative. And, thus far, we’ve produced a number of original play readings,” she says, “a full original cast album of Brothers Wright, a feature film called Trip to the Moon, a live musical production of Brothers Wright, and most recently, a workshop reading of a three-hour musical built from the ghost stories and legends of New England, which will morph into my next big project for the company in 2022, recording and mixing a full orchestra and cast of 19 for the album.”

She describes Scantic River Productions as a “breath of fresh air” for the industry - taking on projects at their own pace. However, one of her more frequent collaborators on passion projects is none other than her own sibling Katherine Oostman: “My wonderful sister is objectively one of the most brilliant writer/directors I’ve ever had the pleasure of working with. She sends a new script or treatment at least weekly and a million original ideas flood her imagination a minute,” Kelly says, revealing that she anticipates a short film that they collaborated on, titled: ‘The Bleeding’, should be releasing soon. She continues: “I am very excited for people to see it/hear it/be creeped out by it. I’ve made it a personal rule to always say yes when she approaches with a project because I know it will be indescribably remarkable. And no, I’m not just saying that because we share DNA.”

So whether it be frightening new projects from the Oostman duo, theatre productions with Scantic River or her amazing sound design and mixing work with Sonic Union, Kelly refuses to stop for even a second in the pursuit for excellence and productivity. Finally free from the restraints imposed by her childhood obsession with perfection, the sound engineer has developed a passion and talent for innovative and creative work, where collaboration with her respected contemporaries- and even mistakes - contribute to a successful end product.

After discussing her relentless work ethic and her passion for all things creative, there is no denying that Kelly has truly harnessed her ‘ridiculousness and rebelliousness’ for good. 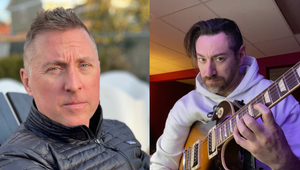 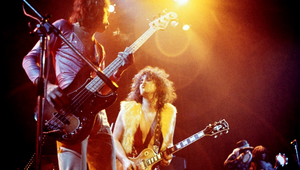 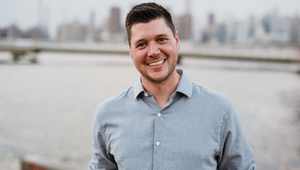 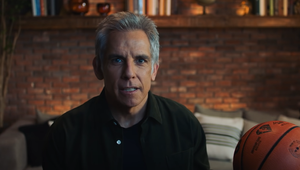