From writing a horror novel at nine years old to directing between London and Rome, the Snapper Films director speaks LBB’s Nisna Mahtani through her directorial journey 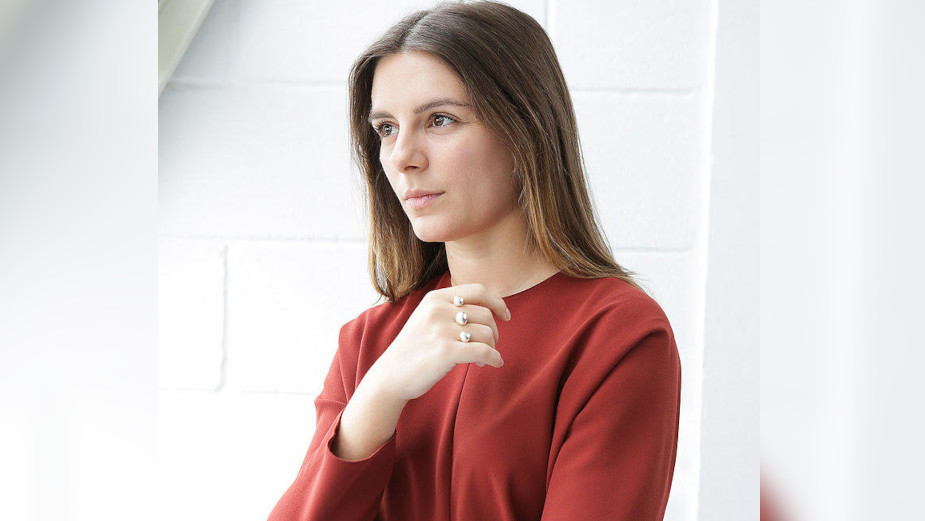 Most writers will tell you they grew up with books glued to their hands and this was no exception for Giulia Gandini. Inspired by the classic tales of A Series of Unfortunate Events, at nine years old Giulia wrote her very first novel, a 95-page long horror story about female friendship. Though the work went unpublished, she realised from this age that she wanted to tell stories, unknowingly taking steps toward becoming a director.
Originally from Italy, the Snapper Films writer/director now spends her time between Rome and London, where she helms documentaries, short films and TV shows. Her directorial journey began when she moved to London for university, studying Literature and Film Studies at King’s College. Starting as quite the aspiring novelist, she describes how she slowly became “drawn towards films rather than books”. Film being something she hadn’t considered beforehand, she began to widen her options by surrounding herself with people who wrote, produced and directed short films, encouraging her to pursue her own career within directing.
Now bitten with the film bug, she explains that “three years of obsessively watching films, studying the theory behind them and analysing Italian Neorealism,” eventually encouraged her to embark on the practical side of filmmaking. Quietly applying to film school without telling her family, Giulia was accepted and began her studies with the support of her family behind her. Growing up, no one she knew was a director but she describes how her family understood that she had found where she belonged.
Giulia describes the work which changed her career. Her short film ‘My Time’ was recognised and “long-listed for the Academy Awards in 2020”. Originally created in 2018, the touching film takes the audience through the story of a young girl at school, experiencing her period for the first time. Six minutes long and packing a punch, Giulia describes how “it felt like a story that I not only wanted to tell but needed to tell” for the sake of all the girls and women who had been through a similar experience.
The recognition received from My Time is what Giulia says gave her “the confidence to call (herself) a director,” which she describes as “not something little” within a “male-dominated industry”. The reception she received from the piece gave her positive reviews from film festivals and allowed networking opportunities that she did not have access to in the past.
Through 2020, Giulia spent her time directing ‘JAMS’, a “TV series for RAI (the Italian national state broadcaster).” She created 20 episodes where she explains her directorial debut in Italy as “a great experience despite the Covid-19 protocols on set”. The experience led to representation in both London and Rome where she describes “feeling lucky every day” to have the chance to direct in two incredible cities.
Though Giulia has experienced success, she still has jitters over some aspects of her work, particularly pitching ideas. “The thing I dread the most is pitching my idea to someone out loud for the first time,” she says. But it’s not because she isn’t confident in her ideas, she feels “words don’t have as much power” as her thoughts. I’m sure a lot of us relate to that!
When asked about role models and inspiration, two names came to mind for Giulia. The first was Céline Sciamma, the French screenwriter and director whose “coming of age stories are so real, touching, intimate,” as she explores “sexuality, womanhood and growing up in such a genuine, bittersweet way” according to Giulia. The second is Desiree Akhavan, who like Giulia identifies as bisexual and encourages being “disgustingly yourself”, a phrase that she keeps on hand whenever she’s feeling uncertain.
In her spare time, Giulia loves listening to true-crime podcasts, a nod to her younger novel-writing days, and says she hasn’t yet given up being a novelist. She also loves the Wondery team who she says are “doing such a good job at making investigative journalism emotional” as well as citing Dr Death and The Shrink Next Door as stories that she loves.
view more - Uprising 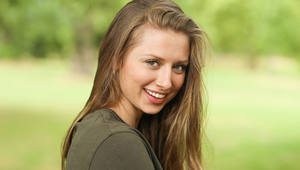 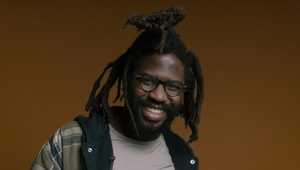 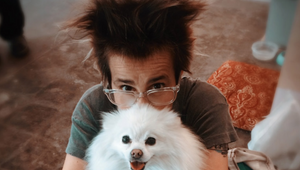 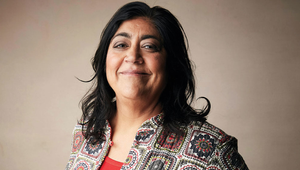 When Gurinder Chadha Directs her First Ad, You’ll Remember It
View all News