‘Unstereotype: Beyond Gender. The Invisible Stereotypes’ is a UN women-led initiative that stresses the urgent need to focus on gender and intersecting stereotypes 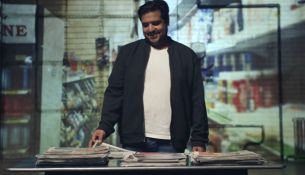 The Unstereotype Alliance – an industry-led initiative convened by UN Women, the lead UN agency on gender equality and women’s rights, to end harmful stereotypes often perpetuated through advertising – celebrates major achievements on its first anniversary at the Cannes International Festival of Creativity.

The Alliance also introduces insights from its new report ‘Unstereotype: Beyond Gender. The Invisible Stereotypes’ which stresses the urgent need to focus on the complexity of gender and intersecting stereotypes as expressed in different cultural contexts.

And a powerful new short film, “The Problem is not Seeing the Problem”, produced by IPG, calls on the industry to act immediately to eliminate stereotypes from their ads.

UN Women Executive Director and Convener of the Unstereotype Alliance, Phumzile Mlambo-Ngcuka, said: “We know that where there is inequality, discrimination and exclusion follow. Confronting the negative stereotypes in our societies is a vital step to fighting inequalities. The Unstereotype Alliance is unique in its ability to convene diverse companies for a joint cause: using the power of advertising to affect positive cultural change and improve the lives of women and girls around the world.”

The Alliance-led report ‘Unstereotype: Beyond Gender. The Invisible Stereotypes’ includes surveys of women and men in South Africa, Brazil and India.  The report found that there is an increasing lack of recognition of the identity and status of an individual -  gender, age, ethnicity, relationship status, religion, sexuality -  and this is compounding a perception of unfair representation, leading to a greater sense of social invisibility for women. Research for the report will be expanded to additional countries with support from the Cannes Festival. The report reveals that:

Keith Weed, Chief Marketing and Communications Officer, Unilever and Unstereotype Alliance Vice Chair says, “Focusing on gender in isolation will not move the needle enough in accurately portraying the diversity of people. A better understanding of the intersectionality of gender with factors such as race, sexuality, disability and age can help us to challenge the multiple levels of discrimination and drive positive societal change locally.”

Collaboration is a core tenet of the Unstereotype Alliance, which has developed as a knowledge forum for its members. In the past year the Alliance has also grown and welcomed today new members Adobe, Spotify, Omnicom, Publicis, Vodafone, European Association of Communication Agencies, Boston Consulting Group, UNICEF, Free the Bid, and Jess Weiner. Through contributions from members, the Alliance is moving to create measurable change, faster. Member contributions include: Research by the Geena Davis Institute on Gender and Media and J. Walter Thompson that shows men still get four times as much screen time as women, speak seven times more, with three times the amount of dialogue; The World Federation of Advertisers’ guide to progressive gender portrayals in advertising; The Modern Guide to Equality by The Female Quotient, which provides  companies with an actionable toolkit; and ongoing research supported by AT&T, Johnson and Johnson, Procter and Gamble, Unilever and WPP, conducted by Kantar to measure attitudes toward gender equality in 49 countries.

“The advertising and marketing industry has tremendous impact, and therefore great responsibility when it comes to the portrayal of gender norms around the world,” commented Michael Roth, Chairman and CEO, IPG. “The Unstereotype Alliance can channel our collective power to advance gender equality and reframe how we portray gender, while also improving the effectiveness of our work. We became involved because this movement has accountability built in as we will measure both inputs and outputs – this means a focus on the diversity of our workplaces as well as the progress with our work.  In keeping with the Unstereotype mission, we are also committed to the consideration of intersectional issues beyond just gender,” he continued.

The Alliance has progressed toward its objective to develop tools to measure progress towards ending stereotypes in advertising. It has agreed to adopt a proven methodology developed by UN Women and the UN Global Compact, the Gender Gap Analysis Tool, to assess business practices.  Building on tools like  GEMT, a widely used methodology in the United States, the Unstereotype Alliance aims to develop a global advertising measurement tool which will help brands tackle stereotypes and track progress across developed and emerging markets. The tool, currently in testing, will be open sourced so that any company can implement this in any market and across any research design.

“We’re driving real change. And it’s fuelled by data,” says Fiona Carter, Chief Brand Officer at AT&T and a Vice Chair of the Alliance. “With the biggest brands joining together in the Alliance, we’re breaking down dated stereotypes and actually shaping culture. Improving GEM scores prove that advertisers are making significant strides toward accurately portraying women and girls.”

The Alliance has launched today a call to action to the industry produced by IPG, sending a clear message about the perils of stereotyping.'

Built around the notion that “the problem is not seeing the problem” the film calls on the industry to take a deeper look to recognise the problem of stereotypes, as a first step to eliminating them.

In the year ahead, Alliance members will continue to build on the success and collaboration of the first year to focus on the widespread adoption and implementation of measurement tools; the expansion of evidence and advocacy; and the growth of its membership to catalyze the movement toward realistic, non-biased portrayals of women and men.

The full list of Unstereotype Alliance Members can be found here.