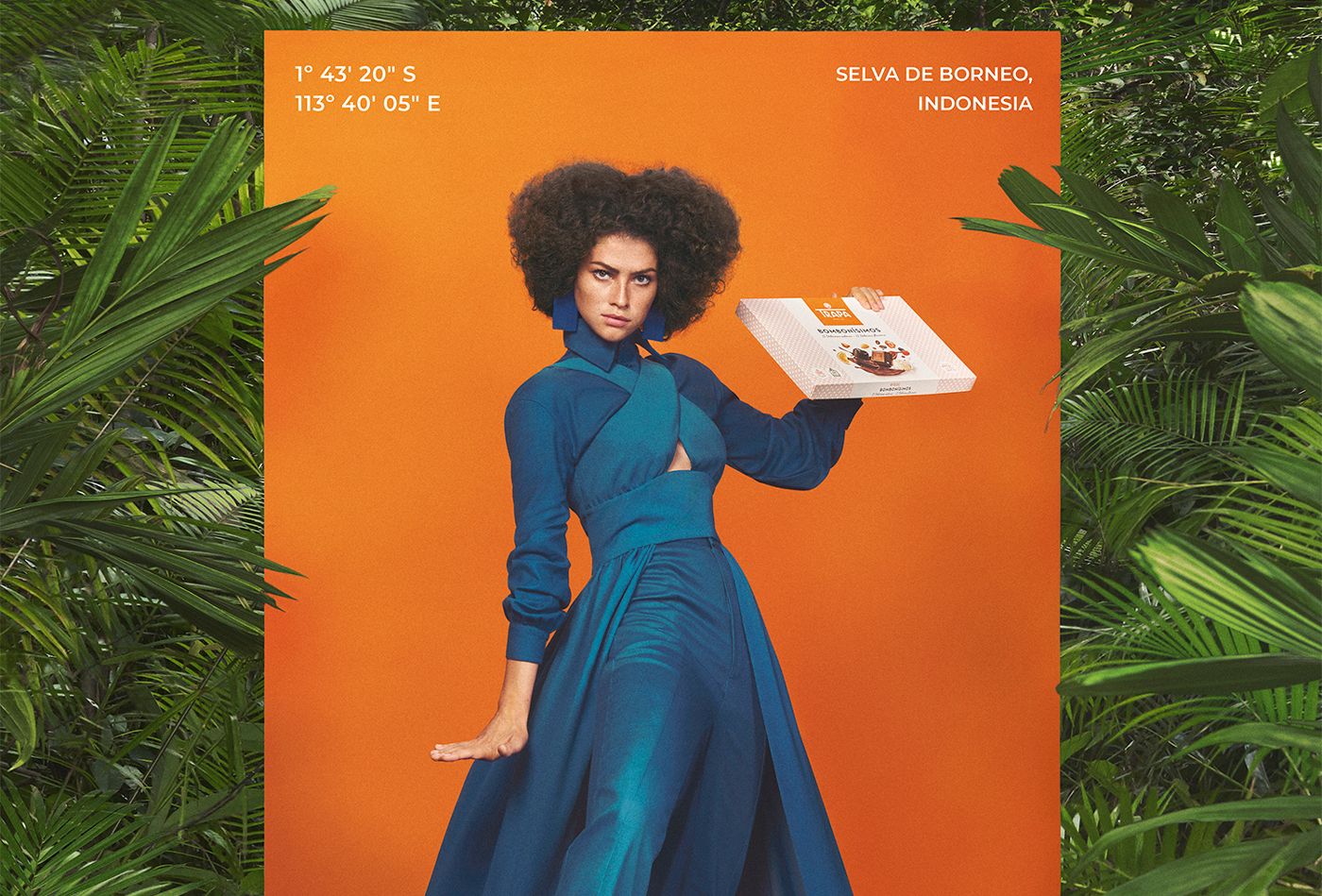 Trapa, a leading brand from Spain has become the first confectionery brand to remove palm oil from its new varieties and will remove it from all its products globally in 2019. This decision was taken in conjunction with the FCB&FiRe office in Madrid, which began to advise the brand at the beginning of 2018. The brand also operates across Eastern Europe, Arabic Middle East and Latin America.

To communicate this commitment, a photo and a short documentary were created by FCB&FiRe Spain to raise awareness about the problem of deforestation caused by the 'indiscriminate cultivation' and consumption of palm trees. The team will check back in a few months to see whether or not the photo can be repeated, or whether the setting has been devastated.

A team travelled to the primitive jungle of Indonesia to take a photograph that could soon be unrepeatable if deforestation in the area continues to wreak havoc. The photograph was taken on the island of Borneo, where the image of a helpless orangutan trying to knock down an excavator to save his home went viral in a recent video shot by the NGO, International Animal Rescue. On the same trip, Trapa met with the organisation's director in that country.

The 'unrepeatable photograph' will be published in several fashion magazines, including Esquire, Elle, Marie Claire and Cosmopolitan, and will be accompanied by a short documentary that discusses the causes of the problem, as well as teaser-trailers and Instagram Stories.

Trapa's communication director, Ángel Amador, said about the campaign: "it is much more than a page of advertising in the press: it is a photograph that documents and certifies that this place is alive today and that tomorrow - if we don't look carefully at the labels on the things we buy - it may not be."

On the decision to eliminate palm oil, Jesús Revuelta, chief creative officer of FCB&FiRe, explained: “Behaviour sends a much stronger message than any conventional advertising can. In this case, in addition to the transcendence of the topic, the content emits a critical judgement which strengthens our ability to be relevant to a certain audience. It is very gratifying for us to advise the new Trapa in two closely intermingled areas: business decisions that speak for themselves, and creativity applied to content." 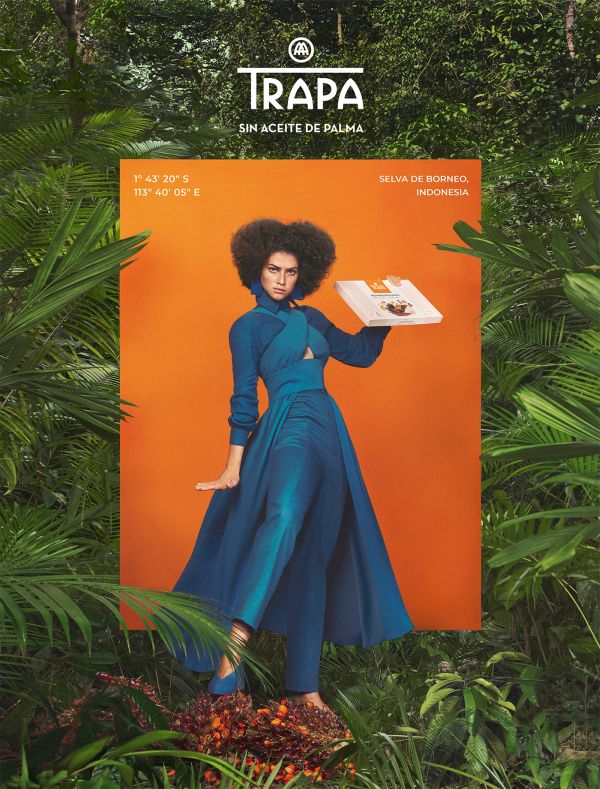 Tantyo Bangun, Chairperson of International Animal Rescue Indonesia, added: ““The sustainable palm oil movement is not working fast nor big enough to have impact. An orangutan population needs the space of 10 to 20 plantations collaborating at once to keep natural forest corridors. So, while they may declare one plantation sustainable, on the landscape scale, it’s not sustainable for the animals if the other plantations don’t cooperate. If the sustainable palm oil movement were working, we wouldn’t have the problems we are facing today. We don’t see any light at the end of the tunnel, so a strong message has to be sent.”

As the documentary explains, the palm oil industry would never have allowed the taking of such a photo. In order to not raise suspicions, the official line when requesting authorisation was that it was just a regular photo shoot for a fashion magazine by the photographer, Anne Roig, and the model, A. Ivanyuk. In fact, the Barcelona production company, Blua, is mentioned in the project files but the names of the dozens of members of the Indonesian production company have not been made public due to the threats they have received.

Trapa has taken an important step forward not only in its decision but also in the way it is communicated. They are the first Spanish confectionery brand and amongst the first of the major brands to eliminate palm oil, and are the first company in its market to communicate to consumers the terrible consequences of its use – a fact which is especially significant since chocolate snacks are one of the products with the highest concentrations of palm oil in the food industry.