Unlearn How To Drive For McCann's New Campaign 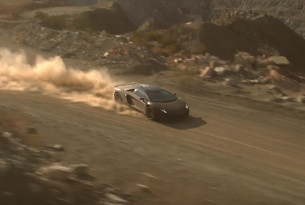 A new campaign for Forza Horizon 3 –available for sale September 27, exclusively on Xbox One and Windows 10 PC- gleefully ignores all finer techniques of precision driving, in favor of a “Driver’s Unstruction” program, that strips away the vestiges of civilized driving and encourages embracing the thrill of Wild Racing, the Forza Horizon 3 way.

Forza Horizon 3 is lizard brain driving. It’s exuberant. Spontaneous.  And makes you feel free. In Forza’s game universe there is no wrong way to drive as long as the pedal is down. The game and its Driving “Unstructors” take all imposed instruction and limits - and hair-raisingly leave them behind, by putting some newly licensed driver’s inside a Lamborghini Aventador, and showing them the right way to drive in Forza Horizon 3, and the wrong way to drive in real life.

This twofifteenmccann-created integrated campaign for Xbox, tagged “Driver’s Unstruction”, was directed by Emmy-nominated director Larry Charles (Borat, Curb Your Enthusiasm) and debuts August 31 in a global push that will include online “Unstruction” videos, cinema trailers, and a social media “Unstruction Manual.”

(Parental aside:  although the teens’ experiences in the video clearly were over-the-top awesome, note the controlled presence of Tanner Foust, pro racecar driver, in the closed track environment.)

Artist: Crown And The M.O.B.