With the efforts of TBWA\Chiat\Day LA, students were able to celebrate their achievements and walk the virtual stage with 'Congrads' film 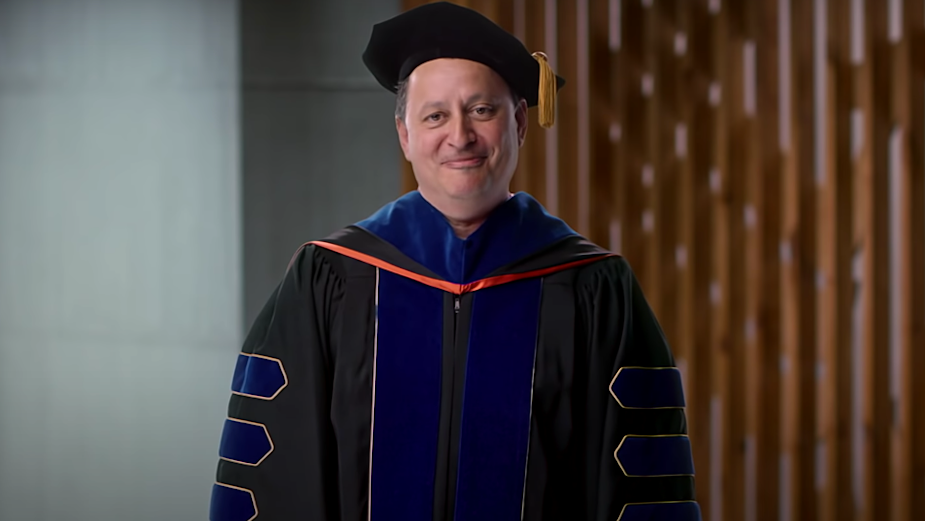 Due to social distancing measures, the University of Phoenix hosted a virtual commencement ceremony on Thursday 21st May with more than 1,200 students across the country receiving associate, bachelor’s, master’s, and doctoral degrees. The ceremony featured messages from the University of Phoenix president Peter Cohen, provost Dr. John Woods, and football great Larry Fitzgerald. Fitzgerald graduated from the University in 2016 with a Bachelor of Science in Communication, fulfilling a promise to his mother.

“Congratulations to the class of 2020 graduates for their achievement,” said president Peter Cohen. "This is not the original commencement ceremony we had planned, but our students are adept at adjusting to life’s curveballs. We are thrilled that they are joining us for the first-ever virtual ceremony where we can honour their grit and determination.”

Since 1976, the University of Phoenix has led the charge in making education accessible to busy working adults - a historically overlooked and underserved community. Approximately 77% of  the University"s students are currently working and more than 67% have at least one dependent. The University is proud to celebrate its most recent graduates as they join the more than one million Phoenix alumni across the globe.

The commencement ceremony premiered live on YouTube, and in addition to the conferring of degrees, participants were able to live chat during the ceremony. Graduates were also able to watch a special tribute and each graduate received a personalised announcement to share on social media.