UNIT Studios' Jamie Thomas joined LBB's Soho Radio Show as this month's guest talking ‘Platters That Matter’. Find out what else matters to him here... 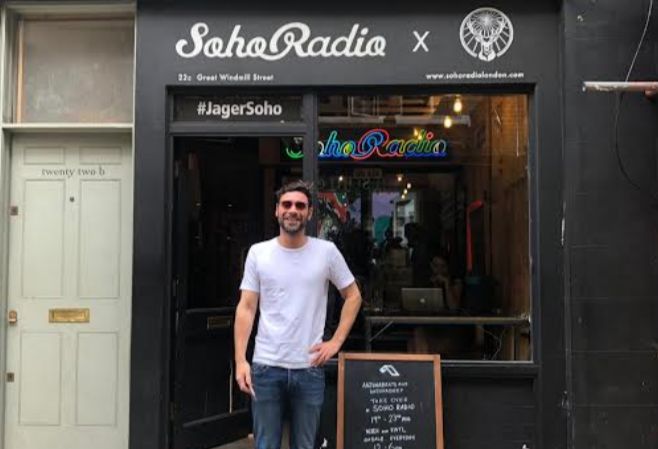 Here, you can catch up with Jamie as he talks more about his favourite tracks...

Weirdly involves breaking something! My parents had a new cassette player they’d bought for a party. I got over eager - as only a four year old can - listening to the opening bars of ‘Jump’ by Van Halen and managed to break it… don’t think my parents found it that funny!

2. Song you’d save if your house burnt down?

Talking Heads ‘This Must be The Place’. Always put it on after a night out, usually followed by waking up on the floor with my guitar having fallen asleep trying to play along. A simple tune with beautiful lyrics. Just a very well constructed, thought out song. Always puts a smile on my face.

Carter USM ‘Only living boy in New Cross’. Bought from Our Price (remember them!) in Newbury high street as a single. An influence from a mate's older brother - as was so often the case (I have no older siblings). Also seem to remember buying it because it sounded like nothing I’d heard before - I've since realised it’s probably the guitar / drum machine and shouty lyrics that made them unique to my young ears.

Prodigy 'Wind It Up' - first ever gig in Brixton. Far too young to go, danced all night. I guess this was my first foray into dance music - my life basically went downhill from this point (laughs).

5. Song that reminds you of a holiday?

REM ‘Automatic for the People’ - was on a Family holiday, probably aged 14 or 15. The kind of age where you don’t want to be on a family holiday. For some reason I didn’t have my Walkman (!) and no spare batteries - for whatever reason, the only music we had was this cassette. Pretty much no entertainment to listen to apart from this. Any time I hear a song off this album it reminds me of this holiday. Needless to say I haven’t consciously listened to it since!

6. Most recent and best gig you’ve been to?

I’d always thought that cooking and music producing were very similar professions in the way you approach work. Preparation and execution is the same. Arranging and preparing ingredients (samples, instruments etc), mixing the ingredients together and deciding what to add (composing), seasoning and cooking (mixing), arranging the ingredients in an aesthetic way (song structure) and final seasoning (tweaks). Basically anyone who can cook, should try producing, and vice versa.

‘IGOR’ by Tyler, the Creator.

Drum and Bass. Stems from going clubbing as a youngster - a lot of my friends were MCs and producers so it’s just what we did. Still gets me excited. It has probably spawned more sub genres than any other dance music.

9. How you did you get into sound design?

Totally by accident. It was something I’d always done - mix tapes, recording odd noises and everyday ambience. If you do this long enough you realise most things have a rhythm and tune. I had always been into music and this was a lazy way of doing music without having to learn how to play an instrument. From there it snowballed into making noises on synths and manipulating sounds on samplers. Then I found out that you could do this for a living and that’s how I ended up here. Sound design is basically music for people who can’t play any instruments.

10. What have you loved working on at UNIT this year?

Annie Foo and Now TV are a couple of my recent highlights.

11. Tell us about UNIT’s sound offering?

Sound is one of UNIT’s key creative offerings, headed up by the very talented creative director of sound, Chris Southwell. I like to work closely with the creatives to ensure it’s their vision that comes across. We have to be aware we’re not doing this for us so you can’t be selfish with creative decisions - bring something to the table, just don’t eat all the food!

Both Chris and I have an appreciation for allowing sound to come together organically - we often both work on each other’s projects and this allows us to give constructive criticism as well as offering avenues we might not have thought of on our own. Be open to change and always try to look at things objectively, it’s about not getting too emotionally attached to a project as this can cloud creativity and not being afraid to park something and start again!

12. Tell me what sound design means to you and how you perceive the medium?

Sound design should take a viewer on an emotional journey without them realising it. Being sympathetic to the music and picture It’s a way of conveying emotion and feeling that the other two can’t. With the rise of ASMR I think it’s important to realise that everyone has a reaction to certain sounds much in the same way they do to music. The use of Shepherd tones in Dunkirk to ramp up tension and make the viewer feel ‘on edge’ to making the sound of the Manson Family car in ‘Once Upon a Time in Hollywood’ menacing and foreboding. As a viewer you won’t really notice any of these things - they should just make you feel whatever emotion the sound designer wants you to and in my view that is the key to great sound design.

13. Composer you most admire?

It’s got to be Hans Zimmer, just because he always smashes it and still proves he can do weird stuff as well as the epic blockbusters. Case in point: compare the soundtrack of Chappie to Gladiator.

Geoff Barrow and Ben Salisbury - they wrote the Annihilation score which is a beautiful selection of traditional acoustic sounding instruments and dirty synths that convey beauty and terror in equal measure and will haunt you for days. They also wrote some music inspired by Judge Dredd (my favourite comic) that was solely written on one synth (I think). The album is on their website and it’s brilliant.

Cliff Martinez - first got turned on to him after watching Solaris. Beautiful hang drums and sublime composition - totally creates the ‘sound’ for the film. I cannot express how much I love this score.

Clint Mansell - from PWEI to Hollywood, Clint wrote the music for Aronofsky’s Pi - I remember seeing that film and as weird as it is, it was the Amen drum breaks combined with the black and white film that just made this film stand out for me. Totally conveys the confusion, anger and pain the main protagonist is going through. He also wrote the music for MOON which is just a wonderfully lonely soundtrack that sticks with you long after the film (which is a genius film by the way).

John Carpenter - anyone who writes the music to their own films has a special understanding of what they need. The soundtrack to Escape from New York is still a wonderful piece of synth funk cinematica!

See above. Soundtracks in a film - anything directed by Tarantino or Linklater - they always have good song choices, regardless. Two directors I would say who are as well versed in their music choices in film as they are at shooting the film. Also, shout out to Edgar Wright just because his use of sound always makes me smile.

Lionel Richie ‘Dancing on the Ceiling’.

Live listeners tuned in to Soho Radio - and the mixcloud is now available here. 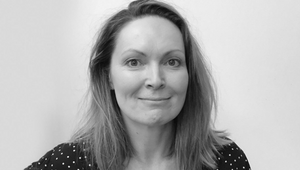 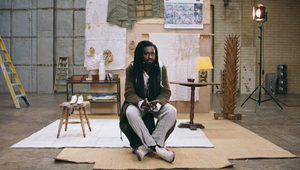