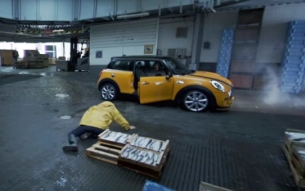 Brands are leading the way in pioneering virtual reality experiences. MINI, with production studio UNIT9 and creative agency KKLD, wanted to push the boundaries of narrative in VR, and showcase MINI’s passion for innovative content. An ambition that led to them to create two pieces of Virtual Film Noir.

‘Real Memories’ is an exploration into psychological control, where all is not quite what it seems. ‘Backwater’ combines one last heist with a doomed love story. Both films’ key narrative moments take place in a MINI, taking the viewer on intriguing journeys, leaving them wanting to know more.

UNIT9 VR Creative Director Henry Cowling comments, “What we wanted to do was merge film and theatre together. VR posits a new filmic storytelling language and renders many aspects of the old one defunct. Traditional film tools like close-ups, inserts and shot-reverse-shot, even fundamentals like composing a frame - are either very limited or obsolete in VR. We had to find new ways to draw the viewer’s eye to what we want them to see.”

The two pieces of VR content are complemented by 4 additional films, each highlighting a different feature of MINI Connected, such as Car Finder and Real Time Traffic, directed by Alex de Rakoff.

The VR medium, along with the high production values of these VR films, have allowed MINI to create compelling content, as well as give viewers the most realistic filmic experience yet of being in and virtually test-driving the car.