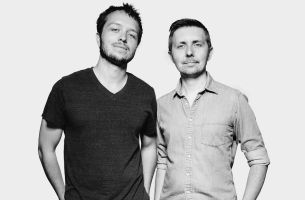 UNIT9, has signed award winning film and commercial directing team, Brandon Roots and Felix Thompson, aka 'Lefty' to its growing US roster. This comes as the duo released its first feature film, King Jack (starring Hollywood up & comer Charlie Plummer), which came to fruition through the Sundance Labs and first premiered at the Tribeca Film Festival where it nabbed the coveted Audience Award for best narrative.  The film hit theatres met with critical acclaim on June 10th. The New York Times named King Jack a Critic’s Pick, and revered the film as, “Uncomplicated yet viscerally affecting.” The LA Times remarked King Jack “strikes a resonant chord”, while the Daily Mail likened the film to “American Graffiti – but with ruder words.”

Friends and collaborators for almost 10 years –Brandon and Felix met their first day of college – Lefty has worked both in the narrative space as Director and Cinematographer, and in the commercial space as Co-directors. Recent commercial work includes campaigns for both the New York City Ballet and Success Academy Charter Schools, among others.

UNIT9 will not only serve as the first true home for Lefty as commercial directors, but will also provide ongoing support for the duo’s upcoming ventures in short and long-form film. Lefty was drawn to UNIT9 for its innovative thinking and practices along with its deep understanding of the nuances of good storytelling, as told through any medium.