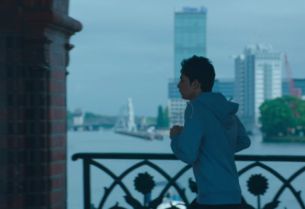 To help fuel the global online movement, #TeamRefugees, which has just recently taken effect to drum up support for the 10 refugees competing in Rio’s Olympic Games, UNIT9 director duo 'Lefty' and lead agency, Purpose, have created a powerful film that serves as central to the initiative.

The film tells the story of a young Iraqi refugee boxer named Abdullah whose family was forced to flee his country after he was kidnapped and had his life threatened. They went first to Turkey by boat, then to Greece where they slept on cold streets, enduring tear gas from the police, before finally making their way to Berlin where they stayed in a camp for months before finding more permanent residence there.  While Germany welcomed them with open arms, it was boxing that kept him going throughout it all. The film captures how Abdullah has been inspired by the Olympic refugee team to get even better at his sport, knowing that there is now a podium on which refugees with talents and dreams can stand alongside everyone else.