The acclaimed director has signed for UK Representation 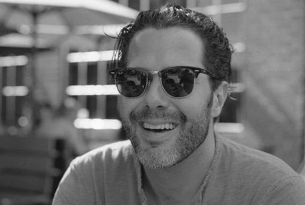 Director Samuel Bennetts spent his childhood in Sydney, Australia. He began his directing career in his teens, directing stage plays.  Studying science and psychology at University, he always felt a burning passion for drama, continually directing various productions on screen and stage.

After directing his first short film, Samuel made music videos for bands such as Rogue Traders, INXS, Grinspoon, and his childhood friends - Bluejuice. Samuel moved into international commercial filmmaking, directing for brands such as Audi, Toyota, Mazda, VW, Castrol, Ebay, Powerade, and Canon. Today he lives in Los Angeles and works on commercials and digital productions. He continues to strive for new and interesting ways to express his creativity working closely with actors, cinematographers, designers, and postproduction artists.

“We’re very excited to welcome Samuel to UNIT9 Films. He is a wonderful new addition to our roster. As a company that prides itself on creative production, we’re always looking to bring in people at the peak of the industry. Sam's work immediately grabbed us, he has an exceptional eye for cinematic beauty and an impressive understanding of storytelling and narrative, that has attracted big brands such as Toyota, Cornetto, P&O and Audi (among many others). We’re very lucky to have him and look forward to many future collaborations together.” - Adam Dolman (Head of Films at UNIT9)

“I am very excited to be represented by UNIT9. I was drawn in by, not only the talent pool, but also the level of work they create, as well as the the cutting edge position they hold. The team are exceptional, enthusiastic, and supportive - everything you would want as a director. The level of communication is exceptionally high and I instantly felt accepted and supported. i’m looking forward to many crazy adventures with them.” - Samuel Bennetts

You can check out more of his work here.