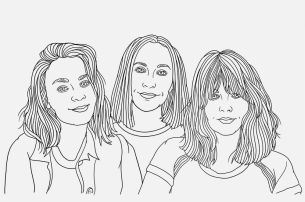 As the creators of standout brand initiatives like the world’s first human figure to be made from raindrops for Gatorade’s G Active, UNIT9 is partnering with Nowhere to extend its content offerings to long-form film and television projects.

As UNIT9’s creative partner, Gilles Boisselet, explains: “This new partnership means we are fit and ready for the new media landscape. We have a long history of helping brands turn advertising into entertainment through beautifully directed short films and unique tech-led experiences. But by integrating Nowhere’s impressive talent into our network, we are now in an even stronger position to deliver on engaging long-form entertainment.”

“UNIT9 are pioneers in their field and the brains behind some of the most exciting recent film and TV launches. We’re excited to harness their expertise to elevate our projects and to collaborate with their incredible roster of creators,” added Nowhere co-founders Laura Tunstall and Mette-Marie Kongsved.

Nowhere is currently in production on Ant Timpson’s directorial debut 'Come to Daddy', a black comedy thriller starring Elijah Wood as a 30-something man, who travels to a remote cabin to reconnect with his estranged father.

Nowhere is producing alongside Daniel Bekerman, Emma Slade and Katie Holly. The script was written by Toby Harvard, who is also a producer on the film. Tango Entertainment is financing, with Tim Headington and Lia Buman executive producing.

Slated for the fall is Edson Oda’s directorial debut, the sci-fi drama Nine Days, which Nowhere is producing with Jason Berman of Mandalay Pictures.

For television, Nowhere is developing No Fear of Flying with Sharon Horgan’s production company Merman. The series is adapted from Michelle Mirsky’s award-winning essay collection 'No Fear of Flying: Kamikaze Missions in Sex, Death and Comedy'.

Nowhere’s co-founder, Mette-Marie Kongsved, has experience in both film sales and development, having worked for years at XYZ Films, where she produced Macon Blair's Sundance-winner I Don’t Feel At Home In This World Anymore. The company’s other co-founder, Laura Tunstall, is an award-winning producer with a background in signing and developing talent for music videos as executive producer at Warp Films and Pulse Films. Credits include Sigur Ros' INNI and Beyonce: Lemonade.