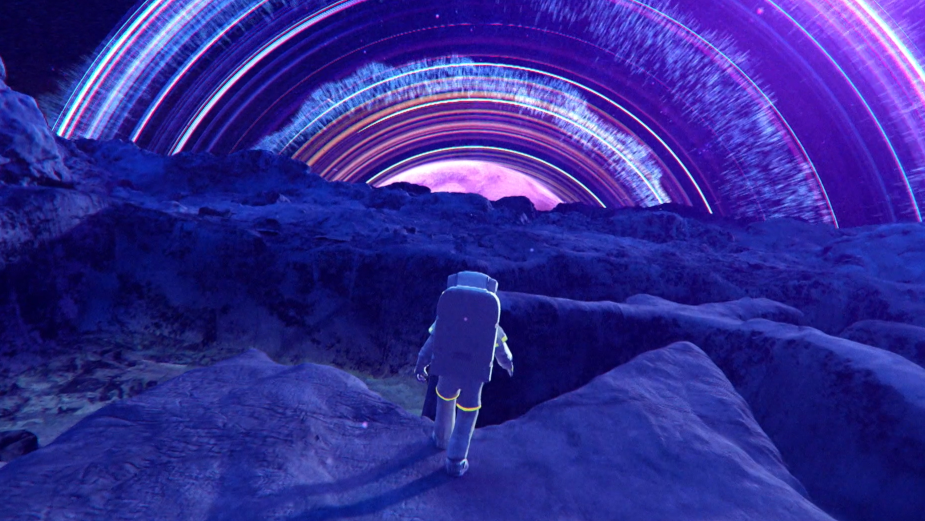 UNIT Studios recently pitched MTV International and won a very exciting campaign to create promos and bumpers for ‘Back and Beyond,’ a month-long celebration of MTV’s most memorable music moments, current music content, today’s top artists and emerging stars.

From the iconic MTV Unplugged with Nirvana to the recent MTV Unplugged Presents with worldwide phenomenon BTS, the programming blocks will feature music series, specials, and videos from the MTV and VH1 vault, and will air weekly throughout August on MTV2 in the US and on MTV internationally.

UNIT’s talented 2D and VFX team developed and created the whole outer space environment including the planetary surfaces, with the MTV cleverly etched out.  The Moon Person character is then seen transcending space with resonating soundwaves reflecting off a planet.

UNIT’s creative director of design, Tom Wansbrough-Jones comments: “Pitching for this job was such a pleasure as MTV has been part of my life for as long as I can remember!  Also, who wouldn't want to pitch on a job with an MTV 'Moon Person' floating around in space watching a planet give off sound waves.  Having the freedom to bring our own ideas into the mix definitely helped strengthen our collaboration with MTV, enabling us to drive the narrative in the strongest direction possible.

“We really had to integrate all of our skillsets to find the best way to approach this job due to such a tight deadline for this kind of work, using Houdini to setup the speaker planet and sound waves and then C4D for the Moon Person and environment setup. Final comp was done in After Effects and then graded using Baselight”.