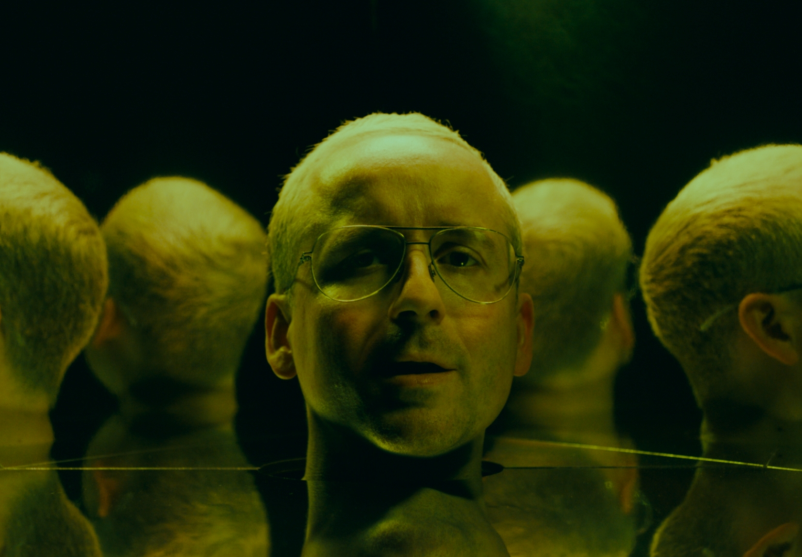 The track is taken from their dynamic new album A Bath Full Of Ecstasy to be released on 21st June; a fresh, invigorating and essential new chapter in the band's career, it finds the band working with external producers for the first time, Philippe Zdar and Rodaidh McDonald.

The album’s opening track, 'Melody of Love' began life as a 12-minute instrumental track featuring a sample from the gospel group The Mighty Clouds of Joy. Under the eye of McDonald, the group turned it into a bombastic explosion of Technicolor pop. The song is about the importance of the transformative, non-verbal moment – ecstasy as personal happiness, but also of transcendence, of being outside oneself.

The promo finds lead vocalist Alexis Taylor stepping out of his comfort zone with his lyricism; though rooted in first person, here his storytelling becomes more bodily, and more open to new ideas. The record is a celebration of joy but recognises the struggle it can take to get to that point of happiness. UNIT Studios VFX team, led by creative director Pete Rystra, worked against the clock to carry out all head replacement, cosmetic clean up and colour balancing. Meanwhile creative director of colour Denny Cooper added a deliberately low key grade which married with Nima’s back-log of work spent collaborating with the band. The brief was to keep everything as naturalistic as possible, letting the visuals and the melody really shine through.

Executive producer, UNIT Studios, Bumble Davis comments: “We were thrilled to be able to work on this spot with Nima. Hot Chip are artists that have a lot of love with our team, and combined with directing talent such as Nima’s meant it was a very easy decision to jump in on this one. There was a great collaboration from the VFX team that had to work round the clock to carry out all the huge amount of 2D work in such tight timings. It speaks volumes about the culture within UNIT that all those involved were so passionate about the project and there was such a great team vibe that they even spilled in to their free time to bring it to life against the clock.

"Nima was an absolute delight to work with - affable and relaxed, with a very clear vision of exactly what we needed to do, coupled with extraordinary attention to detail aptly seen in this memorable video."