Editors' Choice: O&M UK and DAVID Buenos Aires partner up to raise awareness of one of the main causes of global warming 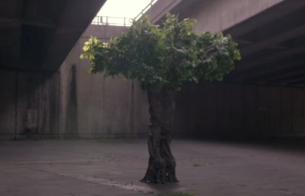 Ahead of the United Nations Conference on Climate Change in Paris, Unilever is raising awareness of one of the main causes of global warming: deforestation. Stopping deforestation is an urgent priority in tackling climate change. To do this, DAVID Buenos Aires, in collaboration with Ogilvy & Mather London, created the film, Farewell to the Forest, which aims to bring what is perceived to be a distant problem into people’s everyday lives.

Unilever believes that as a business, it is crucial to operate sustainably and to help consumers live sustainably, that’s why they are inviting people to show their support for the climate change cause at https://brightfuture.unilever.com. In partnership with WWF - the world’s leading conservation organization - they will help protect one million trees in two of the most threatened forest areas in the world, Brazil and Indonesia.

The campaign complements Unilever’s wider plan to source 100% of their agricultural raw materials sustainably and halve the environmental footprint of the making and use of their products by 2020.

Ogilvy UK Reimagines the Office of the Future with 'The Yolk'