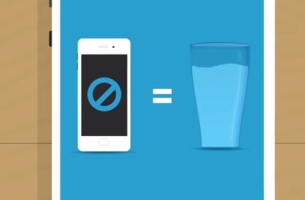 The second iteration of the UNICEF TAP Project kicks off this week to coincide with World Water Month. The campaign will build on the success of last year’s web-based mobile app, which engaged 2.6 million consumers to help UNICEF provide clean, safe drinking water to children by putting down their cell phones.

The new app includes features that encourage individuals to spread the word about the campaign amongst their social networks. For example, app users will be encouraged to challenge their friends to go longer then they have without touching their phones. Friends who are not able to stay off their phones long enough will be asked to make a financial contribution.