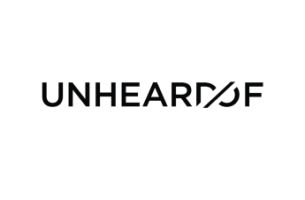 “Aaron has this raw, streetwise approach to storytelling; he’s unabashedly himself, and his voice and perspective shine through everything he does,” says Matt Ackerman, UNHEARD/OF Co-Founder/Executive Producer. “Chris’ varied background informs his work in a really unique way. He understands our relationship as partners to our clients more than most, but he also knows how to bring his vision into that dynamic. I love their range and ability to tap into the emotional intelligence, diving deeper for meaning within a body of work.”

Prior to joining UNHEARD/OF, Volckmann spent the better part of the past two decades working as a producer and executive producer on both coasts of the US. With a career that spans live-action, design, VFX, and interactive projects, he began to shift towards directing during his time at top-level design studios, such as Superfad and We Are Royale - environments that allowed for a lot of experimentation with techniques and aesthetics. As a director, he returns to his first love, pulling from his eclectic experiences to create engaging content for such brands as Adidas, Groupon, Nike, Oculus, Chevy, and Amazon, among others.

“The best work - regardless of medium or style - involves a sort of blind willingness to push boundaries and experiment,” says Volckmann. “From the moment I first met with the folks at UNHEARD/OF, it was clear that they really invest in their talent. That support system encourages us to take necessary risks, and creates a community amongst its roster that enables us to learn from and support one another.”

Brown’s rebellious aesthetic confidently crosses boundaries between music videos, documentaries, film, and commercials. He got his start filming music videos for his friends’ bands in San Francisco, and then began shooting documentaries with Vice before moving into branded content. From there, Brown directed lifestyle commercial work for food and youth culture. His collaborative nature and ability to capture a sincere portrait of his subjects have translated into notable work for such clients as Levi’s, Converse, Sony and Vice, and such bands as Arctic Monkeys, Girls, Trash Talk and King Krule.

“I feel there is a broader appetite for cross-genre work and I want to explore that burgeoning space,” concludes Brown. “I’m excited about merging the documentary style with advertising, and lifestyle work with storytelling. The cookie-cutter boundaries of these genres will slowly break down and inspire each other, and I think UNHEARD/OF is a great home to flex those muscles.”