It is the first time the South and South East Asia region has been targeted as part of a single, coordinated tourism promotion 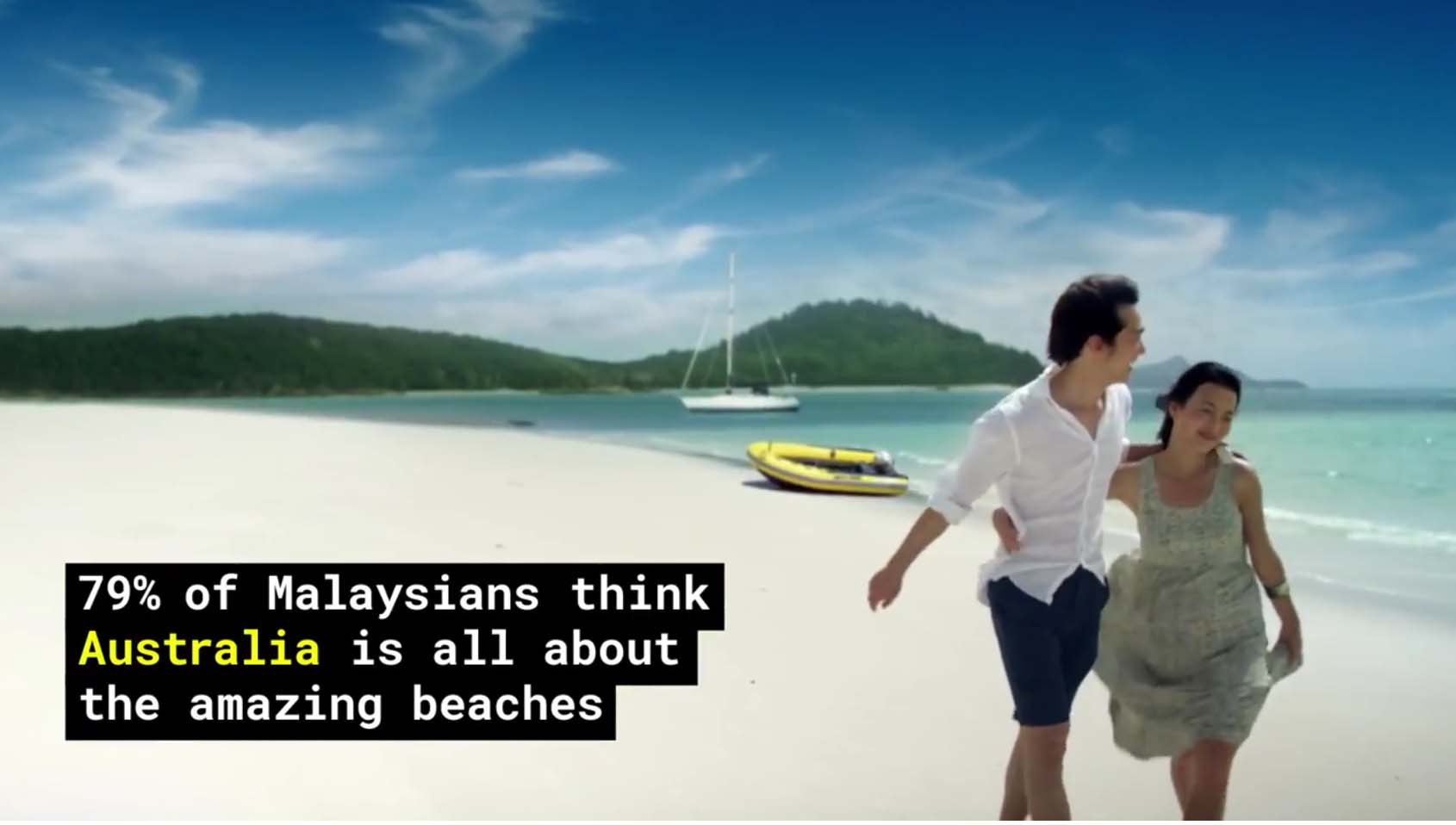 Tourism Australia has launched a new A$10 million campaign in South and South East Asia challenging perceptions and stereotypes of what Australia offers the region's travellers as a tourism destination.
'UnDiscover Australia', created by Clemenger BBDO, Sydney, is specifically targeting high value travellers in India, Singapore, Malaysia and Indonesia by showcasing unusual, unfamiliar and unexpected attractions and experiences.
The campaign is the latest chapter in Tourism Australia's evolving There's Nothing Like Australia campaign and is being backed by Australia's state and territory tourism organisations, airlines and a range of other key distribution partners.

The campaign was launched in Indonesia today by Australia's new Minister for Trade, Tourism and Investment, Senator Simon Birmingham.
The region's proximity, emerging middle class, improving aviation capacity and increasingly competitive air fares present enormous tourism opportunities for Australian tourism.
Tourism Australia Managing Director, John O'Sullivan said the new campaign aimed to bust some of the popular myths about Australia held by travellers in the region.
"Fashion-ability plays a big part in destination choice, particularly amongst travellers in Asia. One of the challenges we constantly face is that people from this region feel they know everything about us. This campaign will shine a spotlight on some of our undiscovered and hidden holiday gems, showing there's much more to Australia than just our well-known icons.
"The iconic Uluru-Kata Tjuta National Park is great for sunset or a selfie, but what about the immersive Field of Light installation you can wander through after dark. Yes, you can watch a game of cricket at the magnificent Adelaide Oval, but are people aware that they can also do an amazing rooftop climb offering 360 views of the city? It's surprise and delight experiences such as these that we will be seeking to highlight through this campaign," he said.
O'Sullivan said the strong aviation component of the campaign would also seek to dispel some of the myths around time and distance by highlighting the short and affordable flight time to Perth, which made Australia an appealing weekend destination for travellers from the region.
UnDiscover Australia will initially run for four months with potential to be extended to additional markets in the future.
Last year, travellers from India, Singapore, Malaysia and Indonesia accounted for more than 1.3 million international arrivals and injected more than A$5 billion into the Australian economy.
view more - Creative