Underwear Brand Proves It's Got the Balls... And Gets Banned by YouTube 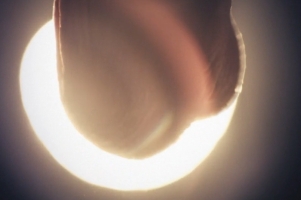 After being deemed having a name too vulgar for the American market, the maker of superbly comfortable underwear for men made a short commercial to show that balls can be epic and majestic and not really vulgar at all.

That went well with UK, US and Norwegian media (some questioned, however, whether this was the most daring male underwear ad ever), until YouTube took it down, due to nudity, over the weekend. News channels like Britain’s The Telegraph and Norway’s largest newspaper VG however have had no qualms about showing aesthetically shot slow motion footage of dangling balls - but you can always trust culture differences to play its part.

The 'Inner Space' video can still be seen on the website here & below. On the website, viewers can vote whether they think balls are immoral or not.