ZenithOptimedia now forecasts global ad expenditure to grow by 4.2% in 2011, down from the 4.6% forecast in December, as a result of the political turmoil in the Middle East and the devastating earthquake in Japan...... 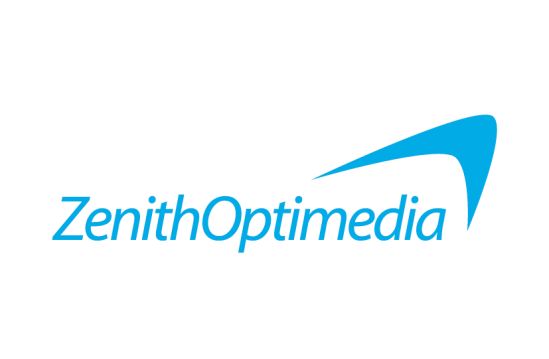 
Highlights:
-This year’s growth revised down from 4.6% to 4.2% after the turmoil in Middle East and the earthquake in Japan
-[ZenithOptimedia’s] first estimate is that these one-off events have knocked about US$2.4 billion off this year’s global ad expenditure
-The underlying recovery remains healthy, though, and [Zenith] have upgraded our forecast for 2012 from 5.2% to 5.8%
-Developing markets to increase their share of global ad expenditure from 30.9% in 2010 to 35.1% in 2013
-Internet to become the world’s second-largest advertising medium in 2013, overtaking newspapers
ZenithOptimedia now forecasts global ad expenditure to grow by 4.2% in 2011, down from the 4.6% forecast in December, as a result of the political turmoil in the Middle East and the devastating earthquake in Japan. These events had immediate consequences for advertising in the affected markets. In Egypt – by far the largest ad market to be caught up in the Middle Eastern uprisings – there was almost no advertising on television during the revolution, and in the aftermath advertisers have been very careful about the content and placement of their messages. In Japan broadcasters replaced almost all commercial ad slots with public-service announcements for weeks after the earthquake, and blackouts and distribution problems will hinder media consumption for months to come. [ZenithOptimedia] do not expect these shocks to derail the global recovery in the long term, however. [They] expect some of the missing advertising to reappear later in the year, followed by strong growth in these markets in 2012 thanks to the easy comparison with the first quarter of this year. Japan is forecast to shrink 4.1% this year then grow 4.6% next year, while Egypt follows this year’s 20.0% drop with 12.1% recovery in 2012.
Overall [they] predict 5.8% growth in global ad expenditure in 2012, up from [their] prediction of 5.2% growth last December. This is partly the result of the rebound in Japan and the Middle East, and partly thanks to further strengthening in Western and Central & Eastern Europe, where advertisers are becoming more confident of the long-term economic prospects.
The large disparity in growth rates between developed and developing markets continues. [Zenith] forecast North America to grow by an average of 3.1% a year between 2010 and 2013 and Western Europe to grow by 3.5%. [They] expect Japan to grow just 0.7% a year, though this obscures the big drop in 2011 followed by the recovery of lost ground over the next two years. [They] forecast 0.1% annual growth in the Middle East, as advertisers tread carefully amid political instability. Meanwhile [they] forecast Latin America to grow by 8.2% a year, Central & Eastern Europe by 12.4%, Asia Pacific by 6.6%, and Asia Pacific excluding Japan to grow by 10.2%. Developing markets – which [Zenith] here define as everywhere outside North America, Western Europe and Japan – will increase their share of the global ad market from 30.9% in 2010 to 35.1% in 2013.
There are now two ‘developing’ markets in the world’s top ten ad markets, and there will be three in 2013. China (which [Zenith] forecast to grow at an average 13.6% a year to 2013) will overtake Germany (where [they] forecast 2.4% annual growth) to become the world’s third-largest ad market in 2011, and stay at that position throughout [Zenith’s] forecast period. China is currently just over half (54%) the size of Japan, the second-largest ad market, and will be just over three-quarters (77%) of its size in 2013. Brazil (with 15.4% annual growth) will overtake France (with 2.9%) to take sixth place in 2011. Russia (23.3% growth) will rise from 12th place in 2010 to tenth in 2011, eighth in 2012, and then seventh in 2013.
The sheer size of the US – 3.5 times the next-largest market - means it will contribute the most new ad dollars to the global market over the next three years (US$14.2 billion), despite its slow growth. However, the next five largest contributors are all developing markets: China (which contributes almost as much as the US, US$10.8 billion), Russia (US$6.9 billion), Brazil (US$3.3 billion), India (US$2.5 billion) and Indonesia (US$2.4 billion). Overall [ZenithOptimedia] predict developing markets will contribute 62% of new ad dollars over the next three years.
To purchase this report, please visit www.zenithoptimedia.com/gff
view more - Creative