Underdog Brings a Glimmer of Emotion to HPL Campaign 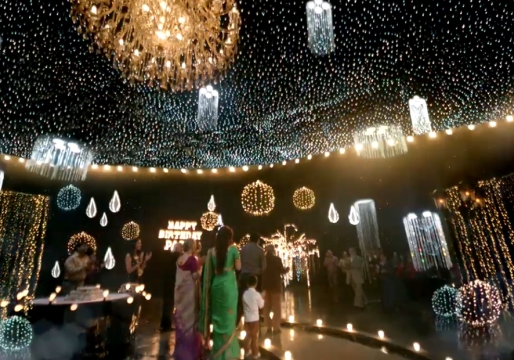 For over half a century, the HPL Group, has been amongst the most reliable and committed electrical equipment company in the country. Be it switchgears, lighting products, electronic energy meters or wires and cables, HPL India has gathered a whole lot of plaudits for its exceptional products and technology in this long and eventful journey.

However, what has always been apparent to people within its own industry has probably not been so obvious to the end consumer. Thanks to its historically media shy temperament, the HPL story has been one of industry’s best-kept secrets.

To that effect and to forge a stronger connection with the consumer, which goes back to almost six decades, HPL launches a brand campaign with its marquee LEDs as the centerpiece with the brand idea, Ab Roshan Ho Khushiyaan.

Working on the insight that celebration and lights always go hand in hand, the HPL campaign is an evocative carnival of human emotions with the modern marvel of lighting, the LEDs.

Gautam Seth, Director HPL says: ‘LEDs is the future of lighting but we did not want to make that message cold and distant. This is a touching story of a grandfather who is too proud to tell anyone that it’s his birthday and uneasy with the fact that the entire family seems to have forgotten the date. The finale with the fitting support of this heritage brand not only captures his overwhelming relief but even his surprise and happiness in a manner that is grand and befitting.’

The communication has been handled by Underdog, started by Vikram Gaikwad and Vistasp Hodiwala, for who this is an ongoing project that they say they are only too proud to handle. Vistasp says: It’s always a responsibility to create communication for a brand that has been around from our dad’s time but few people have heard of. The challenge was not only to give it a modern sensibility but to also impart heritage in communication terms, which it so richly deserved.

Vikram adds: ‘The category has mostly been doing generic selling and direct product Messaging but in this case, it was encouraging to work with a client who bought the idea that resonated best with us as well. We hope our belief will also eventually be shared by the consumer.’

Underdog, has also created a fresh brand identity for the Group which will be out with the campaign.

The commercial has been handled by Eklavya Motion Arts and directed by Parikshit Vaidya. The campaign will have a national release and will be supplemented through print ads, outdoor and radio.