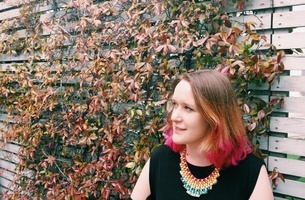 Last year the team at LBB embarked on something of an experiment. We wanted to do something that had never been done before. We wanted to create a space for people across the industry, from different specialisms and at different points in their career, to share their experiences and insight. We wanted to reflect what was really happening in the creative industries.

And so The Influencers was born.

An opinion and thought leadership channel that would be democratic and diverse. A level playing field where agencies, production companies, post houses, music and sound shops, associations and even brands could exchange ideas. We thought it could be pretty neat, but over the past few months the global industry has embraced it and turned it into something livelier and more fascinating than anything we could have imagined.

We’ve had incisive pieces about the big trends changing the way we work. Artificial Intelligence, the Internet of Things , augmented reality, and, of course lots  and lots of virtual reality. We even had a sneaky preview of Microsoft’s Hololens from Firstborn.

We’ve seen some frank analysis of the challenges facing the business: Rachelle Madden at the AICE on the impact of spec work on production , for example, or Creative Circle’s Jeremy Green on the social barriers and nepotism that’s strangling the next generation of advertising talent.

We’ve read heart-wrenching personal stories that lend a sense of perspective to people working in advertising. FCB Belgium’s Tom Theys pondered the hushed anxiety that befell Brussels after last year’s terrorist attacks in Paris and what it means for the way people relate to each other. Rebekah Pagis at Mullen Lowe Boston reflected on her son’s diagnosis of Williams Syndrome – a developmental disorder which, among other things, is characterised by a lack of social fear.

We’ve chuckled heartily at the absurdities of the industry. Geometry Global Dubai’s Elizabeth Dewar shared her seedy experiences walking down the Las Vegas strip, and drew some pointed comparison between the city’s pervy oddballs and advertising. Jungle’s Chris Turner compared producing a commercial to childbirth in a piece about terrible adaptation.

We’ve broadened our horizons with discussions of very local issues around the world, from the tough choices facing Indonesian women to the Scottish film community’s fight to greenlight a major studio complex.

We’ve experienced major events in the advertising calendar together. Super Bowl, the Oscars, Chinese New Year, and even President Obama’s appearance at SXSW, we’ve witnessed them all through the eyes of our Influencers.

The past four months have been such a kick. When a new article drops in one of our inboxes, we share it round the office, excitedly. It gets us talking – and we hope it gets you, the LBB readers, talking too.

But most importantly, I think The Influencers has become a mirror for the advertising industry today. We work fluidly, not in siloes, and by bringing together agencies, brands, production, post, music and tech, The Influencers reflects that. It’s a collection of the sort of curious, passionate people who make advertising great.

We hope you’ve enjoyed the journey as much as we have. I certainly can’t wait to see where The Influencers takes us next.