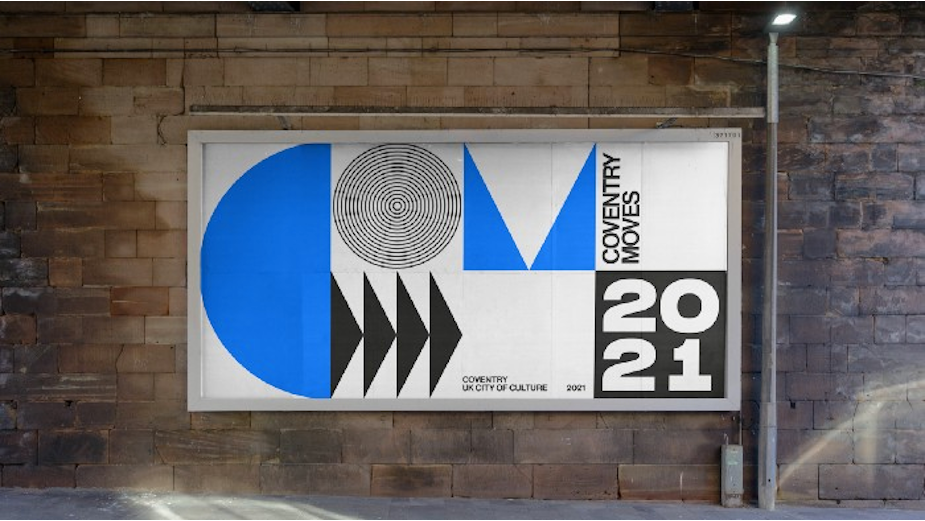 Today, Coventry City of Culture Trust unveil their new brand for the upcoming year-long programme, ‘Coventry Moves’. This creative vision is brought to life with Uncommon Creative Studio who have designed a new brand identity for the city inspired by brutalist elements and modernist architecture.

Coventry Moves tells this city’s story championing the city as a place of change, rebuilt after the devastation of WWII. A city of welcome, a city of activists and pioneers, a city of peace and reconciliation, a city of innovation and invention, and now a City of Culture.

The branding has been created to celebrate the 2021 programme, which will establish a template for a different kind of city — fit for the future. All aspects of the new identity were developed in partnership with Uncommon Creative Studio.

Movement plays an important role in the design strategy for Coventry Moves. The identity explores a brutalist elements and modernist architecture which comes directly from the city’s epic rebuilding. The design takes inspiration from the city’s story, modernist built environment and celebrates the people, cultures and histories that have contributed to its international reputation. The identity merges bold graphic stylings of architectural motifs, with images of the people and places that make the city. Each icon represents an prevalent industry that has played a role in Coventry’s make-up. 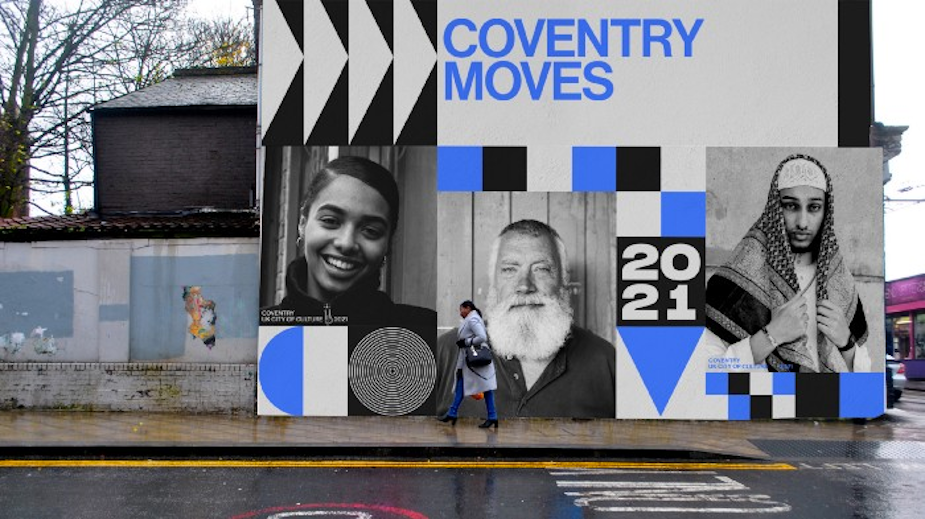 The design system is based on a unit of squares, allowing for a unique modular system with limitless variations, and is brought to life through a specific shade of blue.

Working with living museum The Weaver’s House, experts explored the city’s medieval past as a centre of the UK’s textile industry, unearthing a colour first used here and now seen across the city: Coventry Blue. Distilled from the colour of historical yarns, the brand now celebrates a modern-day standard for the hue named ‘Moving Blue’. This colour is strongly connected to the new branding — a brutalist blue tribute to the city. 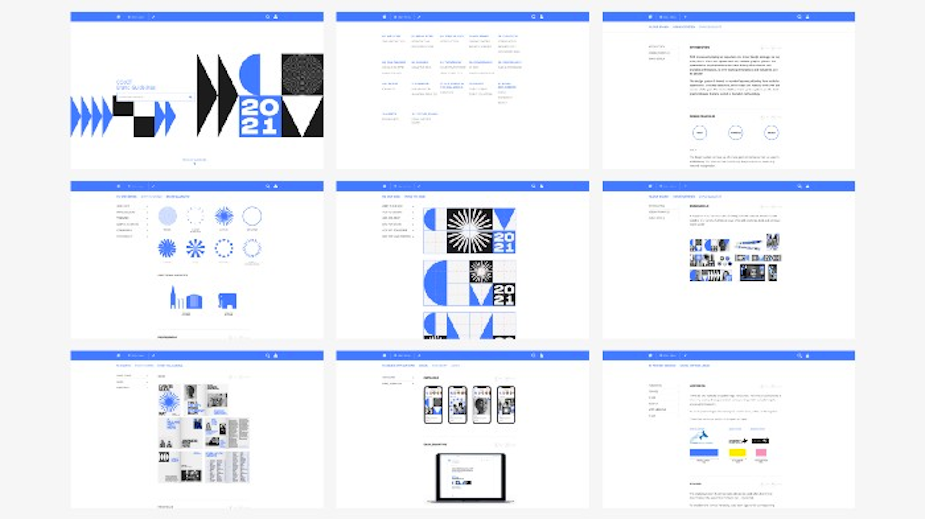 The brand identity will feature across the city for a fortnight on 48 sheet posters and lamp post banners from today. These images show examples of how the branding will live for the festival merch. 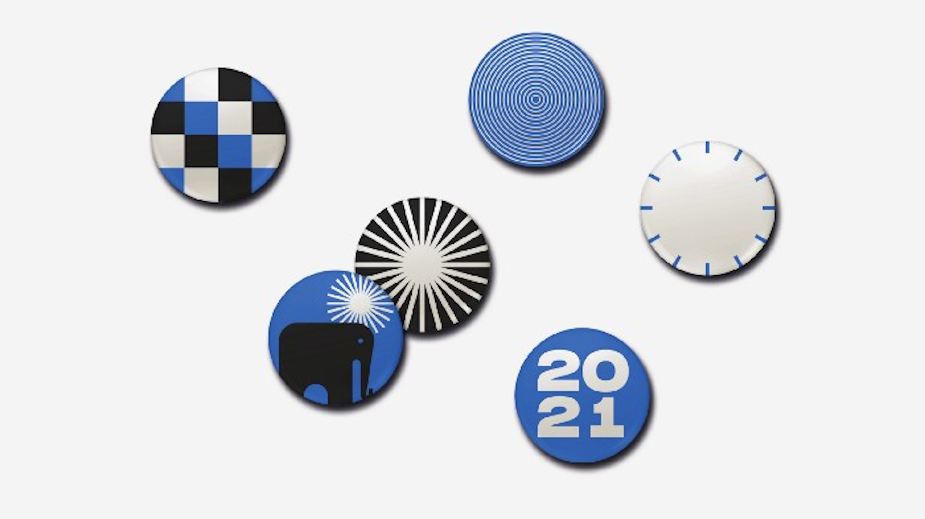 Nils Leonard, co-founder at Uncommon Creative Studio, said: “Branding and launching the UK city of culture 2021 is an incredible opportunity. As a studio, brand and design thinking are at the core of everything we do. Coventry Moves is just the start, working closely with the incredible team in the city to build this year of activity and positivity is something we’re really proud to play our part in.” 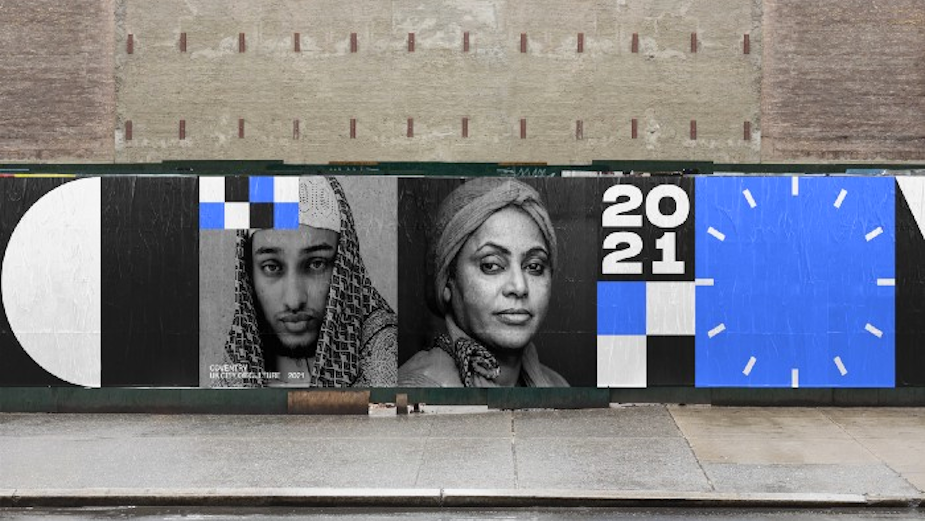 Laura McMillan, director of operations and legacy at Coventry City of Culture Trust, who led on the brand work for the Trust, said: “Launching a brand for a UK City of Culture is an exhilarating journey. After a very competitive tender process we are thrilled to be working with Uncommon. It was clear they got Coventry. They understood that although we are mostly known for our past, what is most exciting is our future. Our ambition and innovation, constantly moving us forwards with people at our heart. This is an identity designed to evolve and adapt as we do, as the city has always done.” 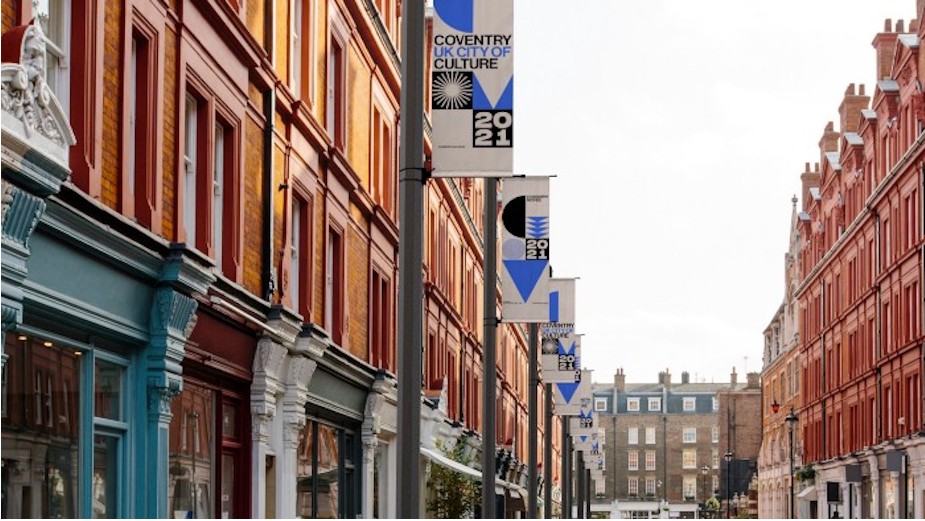 Minister of state for digital and culture, Caroline Dinenage MP, said: “City of Culture 2021 will showcase Coventry’s vibrancy and creativity to the world. This new brand and bold manifesto is an exciting vision of what lies ahead for residents and visitors to enjoy.”

The film score, an adaption of 'We are all Stardust' from the film 'Out of Blue', was provided by Grammy and Golden Globe composer nominee Clint Mansell. Born in Coventry, he is now based in Los Angeles and known for film scores including 'Black Swan', 'High Rise' and 'Requiem for a Dream'. The film is voiced by Coventry-born acclaimed actress, writer and director Manjinder Virk.

Coventry’s year as UK City of Culture will commence in May 2021 with a programme created with national and local partners including major international artistic events, world premieres and commissions across theatre, music, dance, literature, comedy, visual art, festivals, and conferences. This will include a signature city-wide event celebrating the story of Coventry directed by the internationally-renowned Nigel Jamieson and co-artistic director of Coventry’s Belgrade Theatre Justine Themen, co-created alongside thousands of residents.