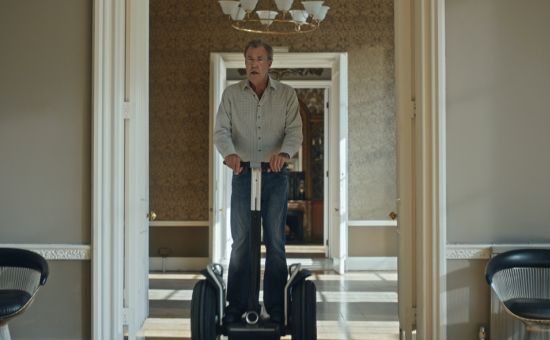 Belligerent petrol head Jeremy Clarkson is having fun in this new ad for Amazon’s Fire TV Stick – and not just because the cheque for appearing in the campaign will top up the reputed £10million from the deal to star in a new car show for Amazon Prime.

The spot, devised by London agency Lucky Generals and directed by Another Film Company’s Steve Reeves, gives the professional contrarian a chance to have a dig at his erstwhile employer, the BBC. It also refers to the upcoming new series starring Clarkson and his comrades James May and Richard Hammond.

Clarkson was ditched by the BBC earlier in the year, following a reported incident with a Top Gear producer. However that particular cloud turned out to have a very blingy lining after Clarkson and his Top Gear co-presenters were picked up to present original content for Amazon, in a multi-million pound deal.