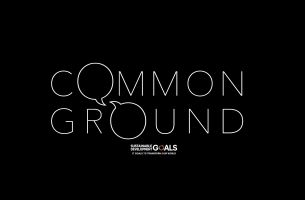 In an unprecedented step for the industry, the world’s biggest advertising and marketing services groups will put aside competitive differences at this week’s Cannes Lions Festival to launch a major new initiative – “Common Ground” – in support of the Sustainable Development Goals (SDGs) adopted at the United Nations last year.

At the suggestion of UN Secretary-General Ban Ki-moon, for the first time rival parent company chief executives will take the stage together to demonstrate their shared commitment to deploying the power of the creative industries to help address the world’s most pressing problems.

The Secretary-General will speak at the Cannes Debate at noon on Friday 24th June in the Palais des Festivals, before being joined by leaders of the different groups.

The Common Ground programme will begin with a global advertising campaign, with space donated by key business and thought-leadership publications.

Following the Cannes Lions Festival, each group will focus on a specific area of the SDGs over the coming year, where possible and necessary working collaboratively across parent companies. They will also encourage other industries to find their own Common Ground.

In addition, the six companies have agreed to provide a development fund for each of the winning ideas in the Cannes Young Lions competition, which this year is devoted solely to the SDGs. These funds will be used to develop the concepts and give them the strongest possible chance of being put into practice. This is the first time the Young Lions have been given a development fund, providing an opportunity to bring their ideas to fruition, directly contributing to the achievement of the goals and continuing to raise awareness of them.

The seventeenth and final SDG is based on the idea that collaborative partnerships will be essential if all of the SDGs, ranging from eradicating poverty to tackling climate change, are to be achieved.

Speaking ahead of the Cannes Debate, Secretary-General Ban Ki-moon urged competing firms from other sectors to follow suit and make their own Common Ground commitments to supporting the SDGs: “Common Ground is breaking ground. This initiative is not only about the advertising industry’s considerable influence in promoting the Sustainable Development Goals around the world. By putting aside their differences, these companies are also setting a powerful example for others to follow.”