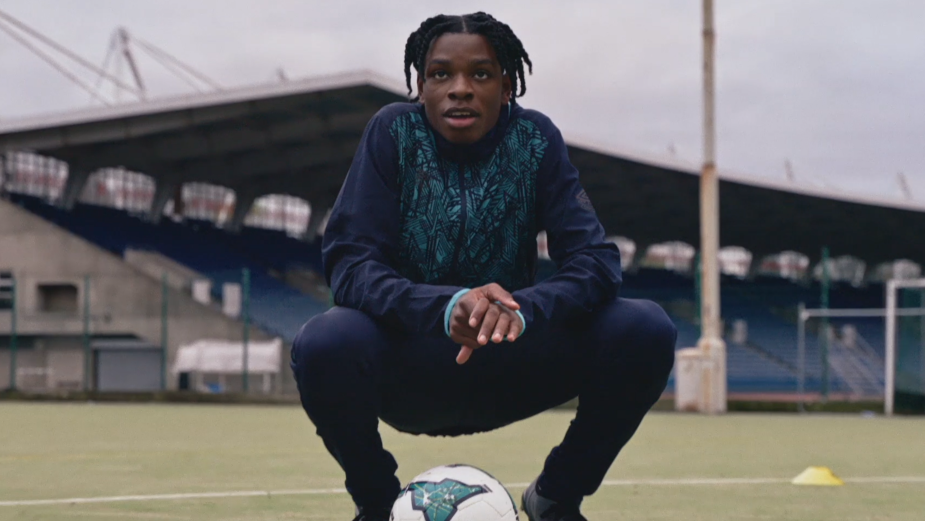 Umbro has launched a new campaign to launch its Pro Training SS/22 Collection, exploring what really motivates athletes to train. Whilst the common narrative for a long time has been external rewards - a time, medal for accolades - for the majority it’s becoming clearer that there are personal reasons.

Keeping the films in a documentary style was the inspiration for the films, allowing the visuals of each athlete to be real and truthful in a typical training scenario. Director and photographer Chris Baker was chosen for his speciality in sports documentation, with his first book, ‘Sunday Football’, being a visual love letter and documentation of the amateur game of football at Hackney Marshes.

Andy Hunns, Creative Director, comments: “Having worked with Umbro for many years now, authenticity and creativity are the pillars of any project undertaken. So when I needed someone to bring this campaign to life and give it the love it deserved, Chris and his team were a no brainer choice. Attention to detail, imaginative direction and top quality output all delivered and with top people too.”

The campaign is currently live via Umbro’s social media and web.

Iceland Invites Travellers to Outhorse Their Emails and Gallop-vant Around its Country
Katy Perry Takes the Mic with Latest Remix of Just Eat's 'Did Somebody Say'
Meet the Creative Studio Whose Slick Animation and Design Will Leave you all Warm & Fuzzy
Write What You Know: Advertising Saves Lives