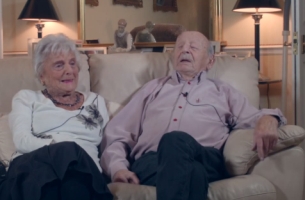 The happiest moments in life are the birth of a first child, your wedding day and the birth of grandchildren according to new research.

Online insurance company Beagle Street quizzed 1,000 life experts aged 70 or older about their happiest moments to mark the release of a new short film called 'Happiest Moment', featuring some of the UK’s oldest couples passing on advice to the younger generation.

Matthew Gledhill, managing director of Beagle Street, comments: “The overwhelming message from those with the most life experience is that the key to happiness is to worry less and live in the moment with the people you care about most. We commissioned HAPPIEST MOMENT because we want our customers to be happy as it is scientifically proven that happier people live longer. As much as people look to the future and try to climb career ladders, the film and our research clearly show that happiness is linked much more heavily to relationships, friends and family than societal or monetary status.”