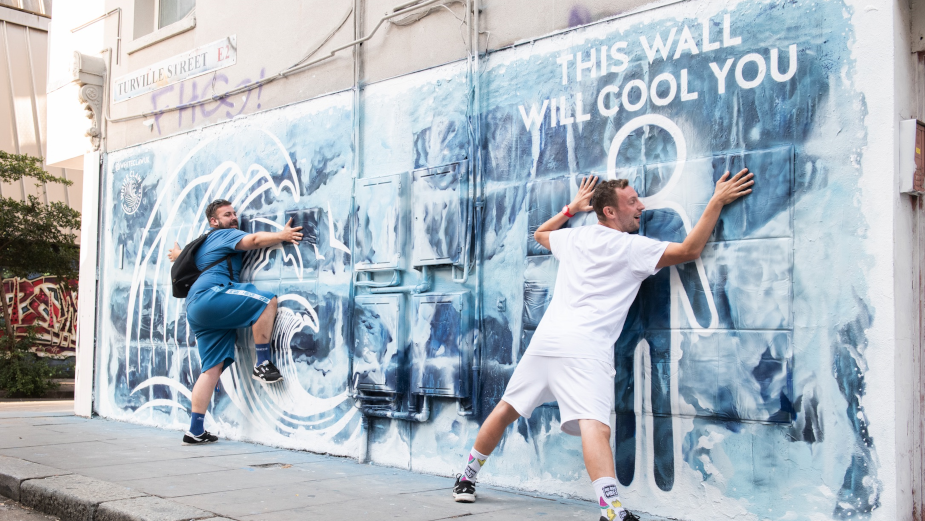 With red warnings from the Met Office and temperatures soaring to 40 degrees in a UK first, keeping cool has never been so high on Brits’ agendas.

Popping up overnight, a 6m wide frost-fuelled refreshing billboard has been put in place by White Claw Hard Seltzer in London’s coolest street to offer commuters and passers-by the ultimate cool-down. Built with specially designed cooling strips, Londoners will be able to take some literal chill time as the board emanates icy cool waves of refreshment.

The temporary structure, which will be in place for two weeks, has been coated with heat-proof paint – described as frost-fuelled – and is covered with specially designed cooling mats with touch-activated gel centres that work by absorbing the body heat of people interacting with the board.

Installed by White Claw, the board features a thermometer so people can get a guaranteed refrigerated and invigorating cool down experience on what is the hottest day on record. 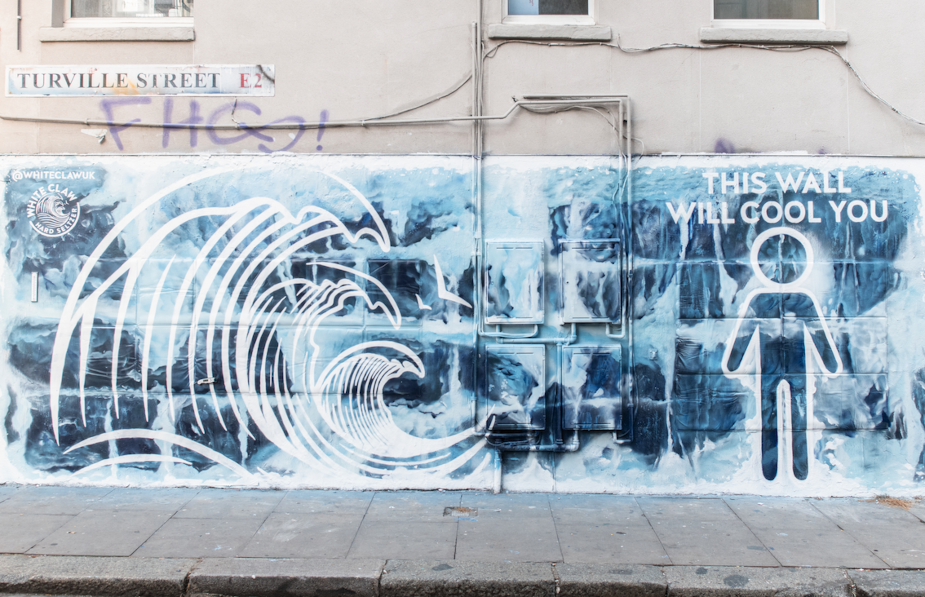 Cool to the touch, Brits can put a palm to the wall, place their forehead or even hug the mural to receive a chilling sensation amid the sizzling sun and help cool down body temperatures.

Michael Dean, (refreshment chief) and head of marketing at White Claw UK said, “With record breaking temperatures, we wanted to give Londoners a much-needed moment of light refreshment on this scorching day. What better way to cool them down than with a White Claw in hand and a billboard that will absorb all heat!”

White Claw, UK’s leading Hard Seltzer drinks brand is a blend of sparkling water, triple distilled spirit, and a hint of natural fruit flavours, each can is gluten-free, has 95 calories and contains no artificial sweeteners.

The ‘Cool Wall’ billboard will be at 83 Redchurch Street, Shoreditch for two weeks.