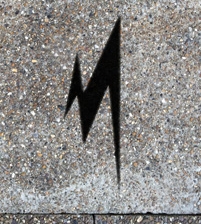 The first MusicVidFest, a one-day conference focussing on the business of creativity in music videos, is taking place at the BFI Southbank on Monday, November 10th - the same day as the 2014 UK Music Video Awards – with Grammy Award-winning US director Joseph Kahn now confirmed as the event's keynote speaker.

Produced by the team behind the UKMVAs and BUG, the inaugural MusicVidFest aims to create discussion and debate on key topics affecting the craft and business of music videos, and will include panel discussions with leading lights of music video creativity in the UK and further afield, from producers and directors, to independent and label commissioners, managers and artists.

MusicVidFest will also feature representatives from the key music video platforms, and will culminate in a Question Time on the future of music video where audience members will get the chance to quiz industry leaders on the burning issues affecting the craft - all ahead of the UK Music Video Awards that evening.

And kicking off the event will be a keynote speech by Joseph Kahn, one of the world's top music video directors. In a career spanning nearly two decades Joseph has directed iconic videos for a generation of music artists, including Beyonce, Britney Spears, Lady Gaga, Eminem, Katy Perry, Wu-Tang Clan, Justin Timberlake and U2. He remains at the top of his game - and in recent years has also developed an avid following for his acerbic and witty presence on Twitter. Joseph's keynote speech will offer an insight into his years of experience, along with his views on the industry today and the future of music video.

More information on speakers taking part in the event, and additional details on the programme for the day can be found at musicvidfest.com.