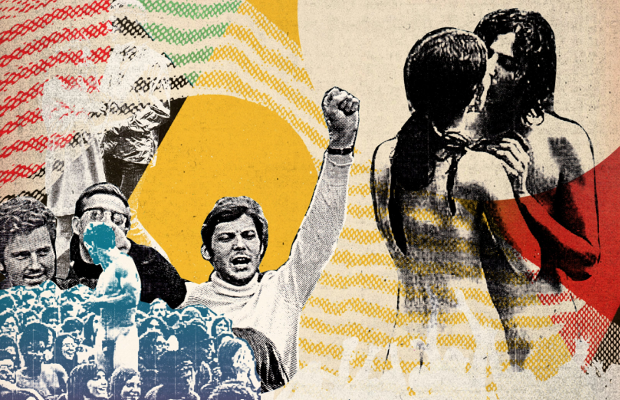 The nominations for the annual UK Music Video Awards reveal a set of exciting collaborations between music artists and visual creatives over the past year. The annual ceremony, which takes place at the Roundhouse in Chalk Farm, London on Wednesday October 23rd will see over 100 UK and international artists contesting awards.

Previous winner Rosalía continues her run of success at the Awards with 4 nominations, a tally equalled by A$AP Rocky who returns to the shortlists with 3 separate videos for Kids Turned Out Fine, Sundress and his collaboration with FKA twigs on Fukk Sleep. British artists James Blake, The Chemical Brothers, Kojey Radical and Loyle Carner win 3 nominations apiece, along with Swedish songstress Tove Lo.

The awards show, which celebrates music video creativity at all levels and from all over the world, is set to showcase music filmmaking achievements in a range of genres, from pop to electronica through, rock, hip hop, grime, rap, R&B, jazz and alternative. Young British artists feature strongly in a range of categories at the UKMVAs, with double nominations for Stormzy, Jorja Smith, Dave, Ghetts, Barns Courtney, and James Massiah. There are also double mentions for established British acts including Ed Sheeran, Mark Ronson, The Chemical Brothers, The 1975, Paloma Faith, Mumford and Sons, and The Specials.

In the craft categories, a host of new names win shortlist places for their work. Among them, BRIT School graduate Nat Zangi for her choreography work on Jungle’s Casio alongside Israeli-born Jasmin Vardimon who worked with Paloma Faith on her video for Loyal. The Best Styling category sees a first-time appearance on the shortlist for Belgian/Congolese artist Baloji for his self-styled film Zombies, as well as Brits Taff Williamson for Little Dragon and Matthew Josephs for Kojey Radical. London-based team Studio Augmenta wins a Best Production Design nomination for Jorja Smith’s Be Honest and another team, The Joy of Sets, won the judges’ approval for their work on Lee Ann Womack’s Hollywood.

As well as honouring the best work in music videos, there are also awards at the UKMVAs for live music performance films, with nominations in the short form category for 5 London-shot films for Kano, Kojey Radical, Mumford & Sons, Tom Walker and Wolf Alice, and 1 Paris-based production for American singer Maggie Rogers. In the concert category, Coldplay, Justice, Kylie and Paul Weller all win places in the shortlist.

The UK Music Video Awards editorial director, David Knight, says, “It’s a big moment for the international music video industry when the nominations for the UKMVAs are announced. As always, 100s of music video professionals have taken part in judging this year. And the industry has now spoken, picking what it regards as the best work, and the greatest individual contributions of the year. The nominations are a remarkable expression of the creativity in music videos right now – vibrant, iconoclastic, increasingly diverse. They are also confirmation of the wonderful craft and technical expertise evident in the medium – from filmmaking rookies to Oscar-winners.”

The 12th annual UK Music Video Awards ceremony will be staged at the Roundhouse on 23rd October, and will be hosted once again by BUG frontman, and UKMVA regular host, Adam Buxton.

Barns Courtney – You And I

Mark Ronson ft Miley Cyrus – Nothing Breaks Like A Heart

The Specials – Vote For Me

CamelPhat X Jake Bugg – Be Someone

Elderbrook X Rudimental – Something About You

The Chemical Brothers – We've Got To Try

Billie Eilish – When The Party's Over

Sam Tudor – Joseph In The Bathroom

Shura – Religion (U Can Lay Your Hands On Me)

Fat White Family – When I Leave

Pearl City – Down By The Tree

Soak – Everybody Loves You

Daithí ft The Sei – In My Darkest Moments

Daniel Avery – Under The Tallest Arch

Best Special Video Project in association with The Mill

Wolf Alice – Visions Of A Life

Paul Weller – May Love Travel With You

Best Production Design in a Video in association with CHEAT

Barns Courtney – You And I

Everyone You Know – The Drive

CamelPhat X Jake Bugg – Be Someone

The Chemical Brothers – We've Got To Try

Best Visual Effects in a Video in association with Creep

The Chemical Brothers – Free Yourself

The Specials – Vote For Me