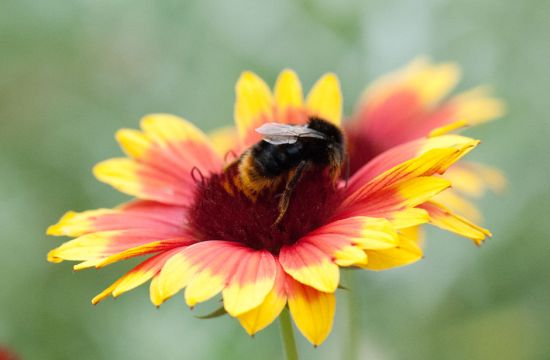 After years of campaigning, the UK production industry is looking forward to a new era of collaboration with the BBC. Last week it was announced that the exclusive production arrangement between the BBC and Red Bee Media will not be renewed when it expires in December 2015. That means that production companies and directors will be able to work on BBC trailers and ads for the first time since the ten-year deal was signed.

According to Advertising Producers Association Chief Executive Steve Davies, the news is a great result for the production community and the BBC, which will now have access to the award-winning directors and cutting edge production previously frozen out. “It is big news for production because it is creatively interesting work and it means getting as much work into the open market and showing that works best for advertisers, as well as APA members. They can leverage the quality of directors and production companies in the market place and the fact that the market is over-supplied with first rate expertise to get those companies to compete on quality and price to get the best value,” he said.

The announcement follows a speech by BBC Director General Tony Hall in early July that outlined a new, more commercially-engaged philosophy. The ‘compete or compare’ approach will see the BBC open up more of its programming to independent TV production companies as well as allowing its in-house production teams to create content for other UK TV channels.

Shortly after this announcement, the APA contacted Lord Hall to inquire whether this more competitive approach would also apply to commercials production. In a letter to Lord Hall that LBB has had exclusive access to, Mr Davies argued that the commercial production arrangement should be revisited in light of the BBC’s new, market-facing approach:  “Everything you say there about programme production applies equally to commercials producers. That is encouraging, as is your saying that such philosophy will be applied to other things the BBC does beyond programme making.”

The announcement that the BBC will open its doors to commercials production companies marks the end of a long-running tension between APA members and the BBC. In 2005 when the BBC sold Red Bee Media, the sale included the lucrative sweetner that gave Red Bee exclusive rights to produce commercial-type content – including 52 ‘main’ campaigns annually. Prior to the sale, production companies would loan directors to the BBC, despite compromising the exclusivity of their directorial roster and receiving no fee, out of respect and fondness for the BBC and because of the creative opportunities for directors. However, after Red Bee ceased to be part of the BBC, UK production companies became reluctant to loan out their directors - one APA survey showed 90% of member production companies would be unwilling to lend out directors. This was because  it meant giving a private company an uncompetitve advantage, losing out on directors’ time and potentially losing money.

Over the past decade, animation has been the one exception to the Red Bee and BBC exclusivity clause. Because of the specialist skills, expertise and equipment needed for animation projects, the BBC has been free to work with companies like Passion Pictures on high profile projects like BBC Olympic coverage.

In terms of creative and scripts for trailers, the BBC already works with advertising agencies like RKCR/Y&R and Karmarama. According to Davies, the liberation of BBC trailers and ident production should mirror the success of the BBC’s relationship with agencies. “We aim to help the BBC get the best possible work. They have good scripts and creative through their agencies Rainey Kelly and Kamarama that represent good opportunities for directors to advance their careers by doing a great job. APA members plan to grasp that opportunity, and I think we can look forward to seeing brilliant advertising on the BBC for itself, its channels and its events and output.

“I think the BBC has seen for some time that the Red Bee deal has hampered their creative ambitions but haven't been able to end the deal for contractual reasons, so I am sure they are looking forward to taking the creative hand brake off and making great work.”