Awards opens for entries for the seventh year 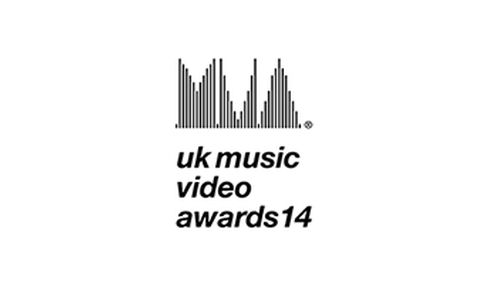 The annual UK Music Video Awards has opened for entries for the seventh year, almost 50 years to the day since the release of the film which is considered the forerunner to the music video: Richard Lester’s A Hard Day’s Night on July 6th 1964.

This year’s UK Music Video Awards, which is set to return to the Southbank Centre in London on Monday 10th November, offers more opportunities than ever for individual directors, producers, and commissioners of music videos to gain recognition for their work as a fleet of awards get opened up for submissions for the first time.

Awards for the Best Director, New Director, Producer and Commissioner of music videos will now be available to enter, for professionals who can demonstrate an impressive body of work in the year from 1st August 2013 to 31st July 2014.

There will also be a brand new award for the Best Video Artist for a band or individual artist who has delivered an outstanding set of 3 or more videos in the past year.

Last year, some of the UK’s most exciting young directing talent picked up awards for outstanding music videos including Josh Cole for Rudimental’s Not Giving In , BISON for London Grammar’s Wasting My Young Years, and Ian Pons-Jewell for Naughty Boy’s La La La featuring Sam Smith.

Fifty years on, and the art of music video making is in rude health, as the nominees and winners of the UKMVAs have continued to prove year on year. Many stars of previous MVA shows have gone on to stack up further filmmaking credits across the big and small screen. Previous winners Hammer & Tongs (Son of Rambow, The Hitchhiker’s Guide To The Galaxy), Jamie Thraves (The Lowdown, Treacle Jr), Eran Creevy (Shifty, Welcome To The Punch), Romain Gavras (Our Day Will Come) are all now celebrated for their cinematic achievements. And now Daniel Wolfe, whose Plan B videos cleaned up at the show four years ago, has just released his first feature, Catch Me Daddy.

The UK Music Video Awards editorial director, David Knight, says, "This year's UK Music Video Awards will celebrate the gamut of music video creativity over the past year, and show how music video continues to nurture new talent in every department of filmmaking. The 50th anniversary of A Hard Day's Night highlights how the art of music film and video in Britain has a fantastic heritage, which the MVAs does more than anyone to recognise.”

The UK Music Video Awards 2014 is now open and accepting entries in over 30 separate categories, including genre-led awards, as well as specific technical and craft awards. Entries can be made via the MVA website www.ukmva.com and the deadline is 6th August.

Returning sponsors who have already signed up to support this year’s Awards, include top lighting rental and facilities company, Panalux, who return to sponsor the Best Cinematography award, and edit house Locomotion who, as well as sponsoring the Best New Director category, also provide the on-screen graphics for the event.