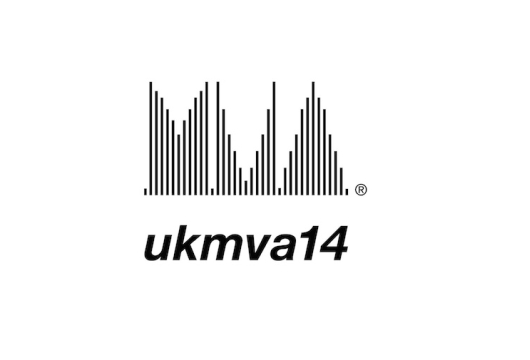 On Monday, November 10th, the 7th annual UK Music Video Awards were held in London at the Queen Elizabeth Hall in the Southbank Centre, where a throng of British and International filmmakers assembled to celebrate creative and technical excellence in music videos.

This year’s winners list demonstrated the strength of filmmaking talent across all areas of the art form, from directors and producers to artists and commissioners, and right across the spectrum of production and post-production craft categories.

Video of the Year went to American directing duo DANIELS of Prettybird, who received a total of five nominations and also picked up Best Dance Video - International for DJ Snake ft Lil Jon’s “Turn Down For What.” And the UK Jury selected LA-based director Hiro Murai of Doomsday Entertainment as the Best Director of the past year for his body of work, including Queens of the Stone Age’s “Smooth Sailing,” which also earned him the award for Best Rock/Indie Video – International.

One of the big winners of the night was Somesuch director Daniel Wolfe for his 8-minute epic for Paolo Nutini’s “Iron Sky,” which picked up five nominations and rewarded him with the Best Pop Video title as well as the coveted Best Cinematography prize for Robbie Ryan. Wolfe, who was named the MVAs Best Director in 2010, has just released his first feature, “Catch Me Daddy” which itself picked up an award at the recent BFI London Film Festival Awards.

Also picking up two honors at the ceremony hosted by comedian Adam Buxton, was Mercury Prize-nominated FKA Twigs’ who won the brand new Best Video Artist category for her body of video work in the past year, as well as the Best Alternative Video – Budget for “Papi Pacify”, co-directed by Twigs with Tom Beard.

Alt-J, Atoms For Peace, Disclosure, Paloma Faith, Peace, Jon Hopkins and James were among the other artists whose videos won awards at the UKMVAs. The post-production categories saw the cream of British talent winning against tough international competition with Final Cut’s Dan Sherwen taking the Best Editing title for his work on Jon Hopkins’ “Collider,” Ainslie Henderson and Michael Hughes winning Best Animation for James’ “Moving On” and the team at Electric Theatre Collective triumphing in the Best Visual Effects category for their work on Alt-J’s “Hunger Of The Pine.”

Among other international talent celebrated at the Awards, Israeli director Vania Heymann collected the award for the outstanding Best Interactive Video of the year with Bob Dylan’s “Like A Rolling Stone,” French directing team Truman & Cooper picked up Best New Director and the irrepressible OK Go received the Best Art Direction & Design in a Video award via a specially-recorded message for “The Writing’s On The Wall.” Also expressing their thanks via video on the night were Sia and Daniel Askill for their incredible choreography-led video for “Chandelier” in the Best International Pop Video category, and UK director Sam Pilling who triumphed over a host of international directors to grab the Best International Urban Video award for J Cole ft Amber Coffman’s “She Knows.”

Grammy-award winning video director Joseph Kahn was presented with the Icon Award. He is celebrated for his iconic work with a generation of music artists, including Beyonce, Britney Spears, Lady Gaga, Eminem, Katy Perry, Wu-Tang Clan, Justin Timberlake and U2. Heartfelt tributes on the night came from Robbie Williams and Kylie Minogue.

Earlier on saw the successful launch of MusicVidFest, a conference on the business of music video creativity held at BFI Southbank, which gave professionals a chance to discuss the issues and advances driving music video production here and abroad. Our Icon Award winner Joseph Kahn kicked off the day with a keynote speech.

The event also saw participation from M.I.A, Basement Jaxx’s Felix Buxton, an exclusive presentation by legendary director Steve Barron, and some of the most prolific producers and directors working in music video today from the UK, France and USA.

The UK Music Video Awards editorial director, David Knight, said, “November 10th 2014 was a Super Monday for music videos with the first MusicVidFest examining the important issues surrounding the medium at a time when it’s more significant than ever before in bringing music to a global audience. Then the UK Music Video Awards once again demonstrated the high levels of craft, creativity and innovation that the medium produces when it’s allowed to celebrate its core element – the music itself.”

Those in the UK: keep an eye on 4Music in the week of November 22nd, when they will be airing a special show focusing on the nominees and winners from tonight’s event.

Atoms For Peace - Before Your Very Eyes

DJ Snake ft Lil Jon - Turn Down For What

The Correspondents - Fear and Delight

Friend Within - The Renegade

OK Go - The Writing's On The Wall

Best Colour Grade in a Video

Paloma Faith - Can't Rely On You

Best Editing in a Video

Alt-J - Hunger Of The Pine

Best Director in association with Locomotion

Video of the Year in association with Promo News

DJ Snake ft Lil Jon - Turn Down For What